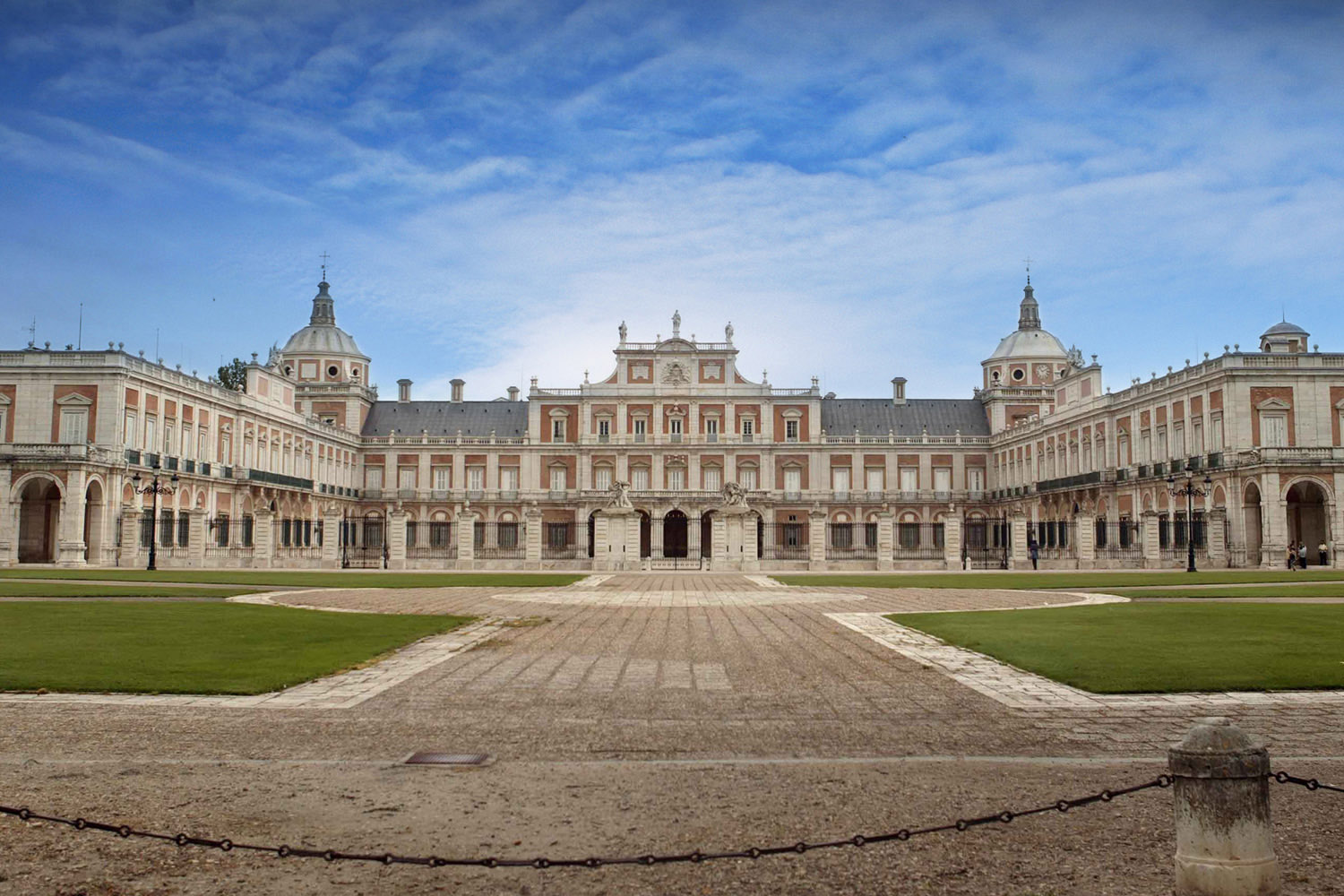 If last week we were travelling to San Lorenzo de El Escorial, this time we are going to visit another town in Madrid whose Cultural Landscape has been a World Heritage Site since 2001, to visit its Royal Palace. We are talking about Aranjuez, will you join us?

Located in a privileged place, is the Real Sitio y Villa de Aranjuez, one of the most beautiful locations in the Region of Madrid, which along with an impressive historical heritage, gives us the opportunity to enjoy the outdoors thanks to its large green spaces, famous for its trees and orchards.

It is here, and more specifically on the left bank of the Tagus River that its impressive Royal Palace stands, which was chosen by the Bourbons to establish their spring residence, although its origin is earlier, when the Order of Santiago received the land as payment for its participation in the Reconquest in the 12th century.

Felipe II commissioned the project to the architect Juan Bautista de Toledo in 1561, and after his death, Juan de Herrera completed the work. Restored several times, it is currently managed by National Heritage, and opens its doors virtually so that you can walk around it without moving from your sofa.

The visit begins in the 'Patio de Honor', and from there, we can go through some explanatory videos of their living rooms, offices, bedrooms, cabinets, as well as see in the front row the collection of carriages, ceremonial costumes, and even wedding dresses, including Dona Letizia's dress.

Don't miss the opportunity to learn about the history and cultural richness of this monument!