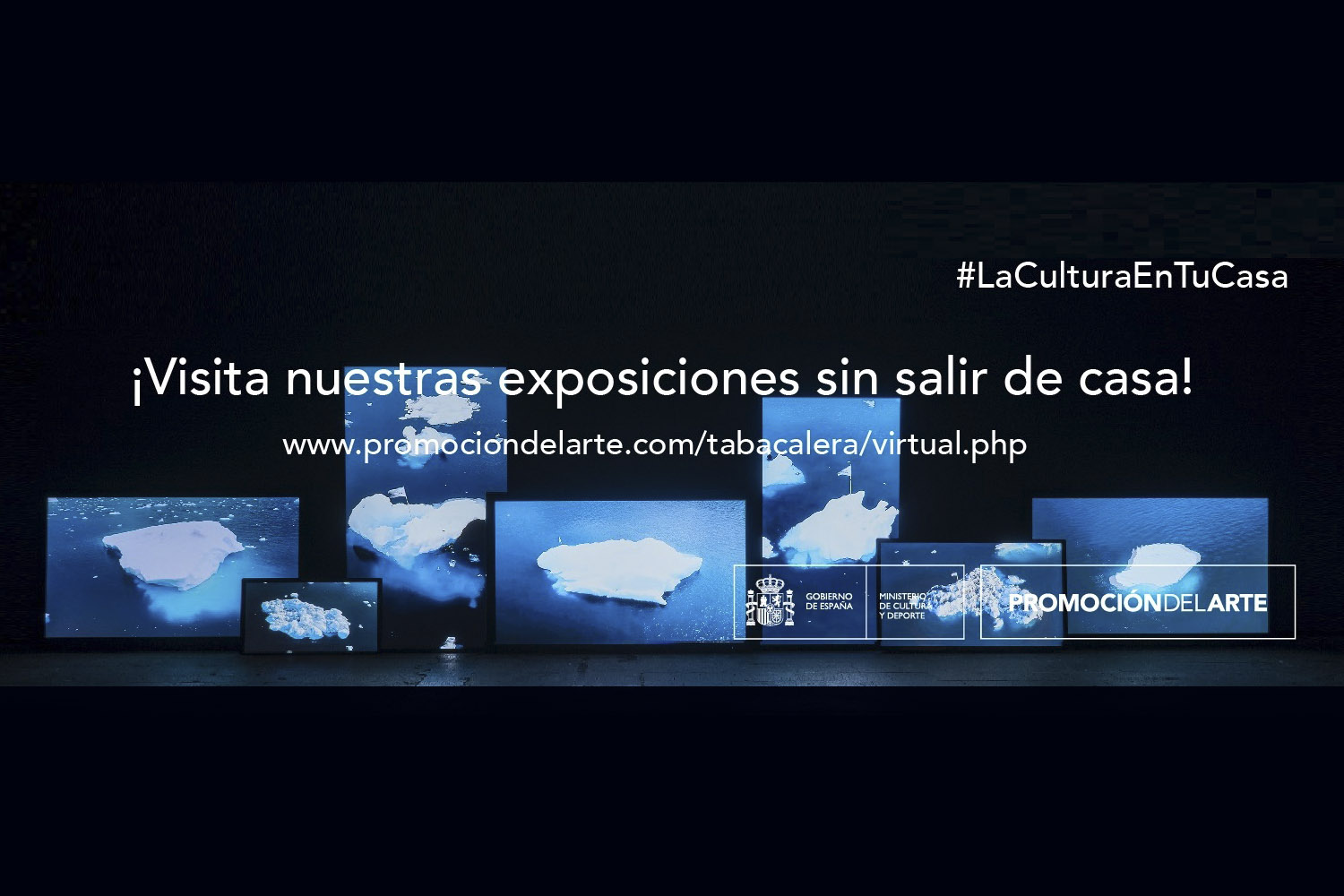 Tabacalera Promoción del Arte, proposes you in an easy and intuitive way, to visit from home the different exhibitions that have passed through its rooms or those that are still exposed, but that at the moment it is impossible to visit. Enjoy the culture with us!

In the heart of the city, and more specifically in the multicultural district of Lavapiés is located the Old Tobacco Factory of Madrid, a building that, known as 'Tabacalera', is managed by the Ministry of Education, Culture and Sport since 2003.

Built between 1780 and 1792, it was initially the 'Real Fábrica de Aguardientes y Naipes' (Royal Factory of Spirits and Cards), but after a brief period in service, it became the 'Fábrica de Tabacos y Rapé' in 1809, which operated until the end of the 20th century.

At present, the building is divided into two areas, one of which is managed by the Subdirectorate General for the Promotion of Fine Arts and is known as como 'Tabacalera. Promoción del Arte', and the other has been loaded by the ministry to the Self-Managed Social Centre 'La Tabacalera de Lavapiés'.

In our case, today we are going to the first one, since its large halls host throughout the year, activities around photography, contemporary art and visual arts, as well as various exhibitions that you now have the opportunity to see virtually, easily exploring its rooms, and stopping at your pace to learn about the details.

You can see the three that were scheduled until June, but as we advanced you, can not be visited yet due to the current situation: the first major solo exhibition of Joan Rabascall 'Tout va bien'; the series of works made by Almudena Lobera in Japan with 'Technical Images'; or the photo exhibition 'Mujeres fotógrafas. Una historia contada a medias', which brings together, the work of nine Spanish women authors from different generations. Or if you prefer, see those that have already been celebrated but you haven't had the chance to see.

A unique occasion, to enjoy art in your own way!