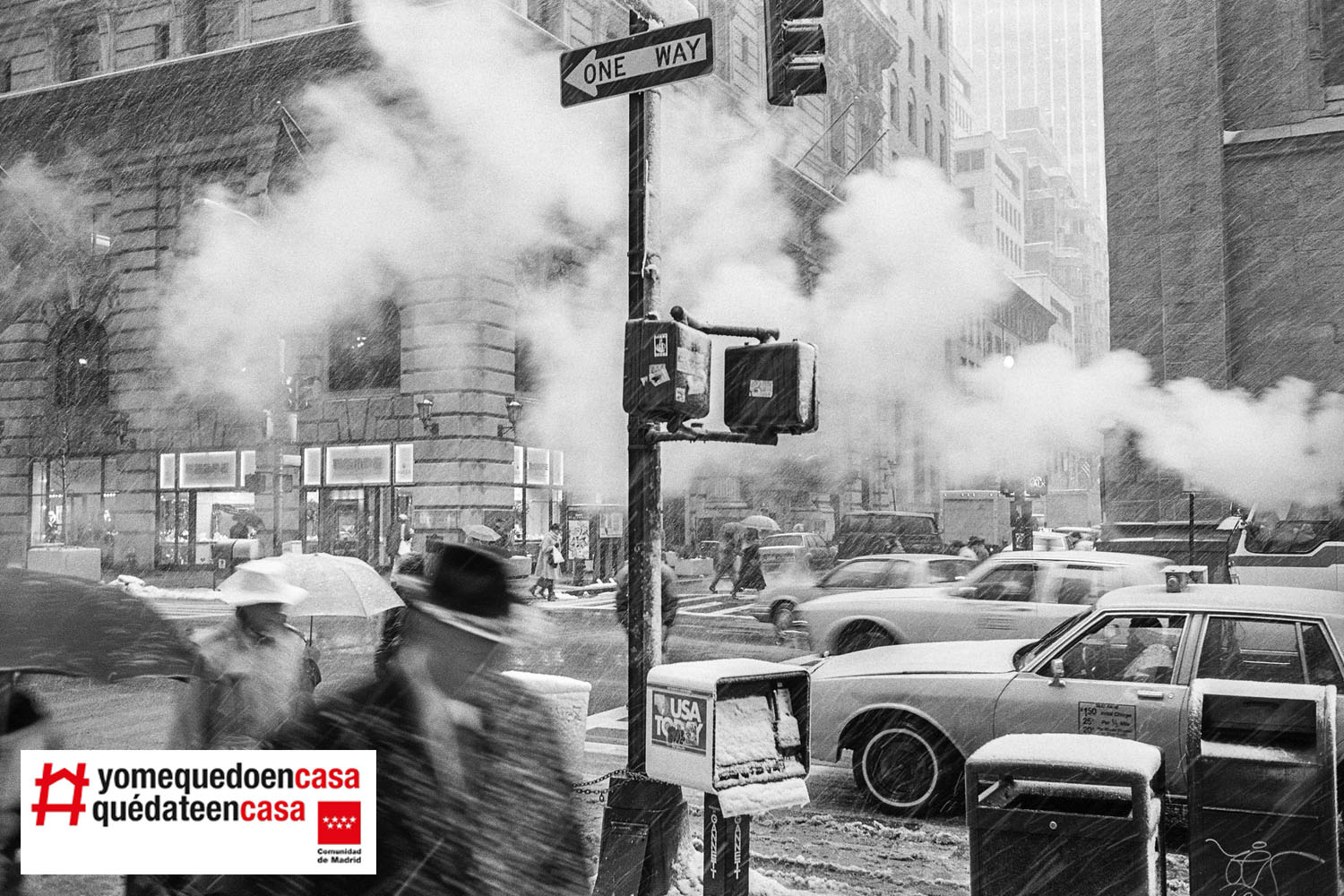 If you missed the exhibition 'En medio del tiempo' hosted by the Sala Canal de Isabel II, now you have the opportunity to see it virtually and discover the more than 130 photographs with which the Madrid artist José Antonio Carrera reflects on the city of New York and its inhabitants.

Although the exhibition ended in the month of January, from the YouTube channel of the Ministry of Culture of the Region of Madrid you can access a video documentary of the work of this photographer from Madrid, and from this link, you'll be able to take a virtual tour.

In order to make it possible, a selection of more than 130 photographs was made from the thousands taken by Carrera. They show the mood and beauty of different anonymous people in Manhattan, called "existential figures" by the own artist. These images are charged with a peculiar poetic realism, reflecting the loneliness of human being.

'En medio del tiempo' is composed of two-stage photographs, related to the three areas shown in the exhibition. Thus, on the one hand we will see black and white photographs that were taken between 1993 and 1996; and on the other hand, colour photographs taken between 2009 and 2014, which are divided into two, the close up photos, and the night series, in which the lights, take on special relevance.