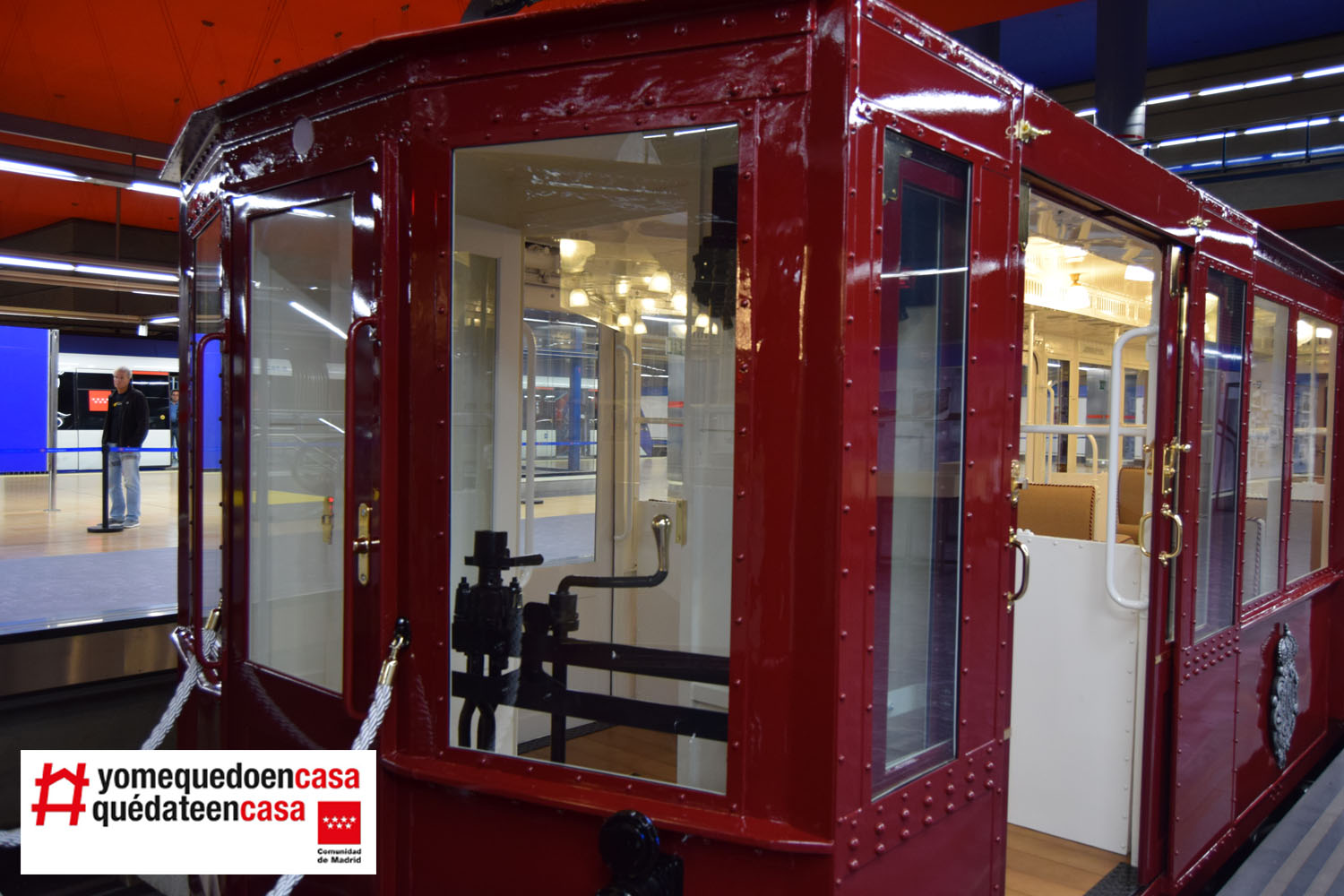 Part of the actions carried out to celebrate the Centenary of Metro de Madrid, Chamartín station is hosting the exhibition of Historical Trains, which you can now enjoy virtually from your computer or mobile device. All aboard!

The King Philip VI was responsible for opening this exhibition, which invites us to take a trip back in time through the first cars that ran a century ago on the underground, and which have been restored on the occasion of the exhibition.

Through 12 wagons, we will be able to learn more about the company's main milestones in terms of mobile matter, from its beginnings to the 1960s. Throughout the exhibition, which as we mentioned before you can see virtually through this link, we found four cars of the model 'cuatro caminos' that were used for 70 years since the beginning of the network.

Also forming part of the convoy a type car 'Ventas' that began to circulate in 1924, and covered the route between Sol and Ventas stations, as well as another 'Quevedo' kind that dates from 1927, which, with characteristics very similar to the previous one, incorporated as a novelty panels for advertising.

Two cars of the 'Salamanca' model date from 1943, which were built in a more austere manner, with harder and more functional materials than the initials; and from 1955 we can see two cars of the 'Legazpi L5' type.

Finally, this singular exhibition has included two '1000' type cars, very different technologically to the previous ones due to the important changes incorporated in the train traction system, rolling surface or bogies. In addition, the exterior colour was modified, changing from the traditional red to cars painted in green and grey-green.

To conclude, the exhibition allows us to discover more than 100 historical pieces related to the railway world, including old telephones, tools, utensils and even employees' uniforms.

Now you have the opportunity to see it up close without moving from the couch, don't miss the chance to learn more about the history of the city!