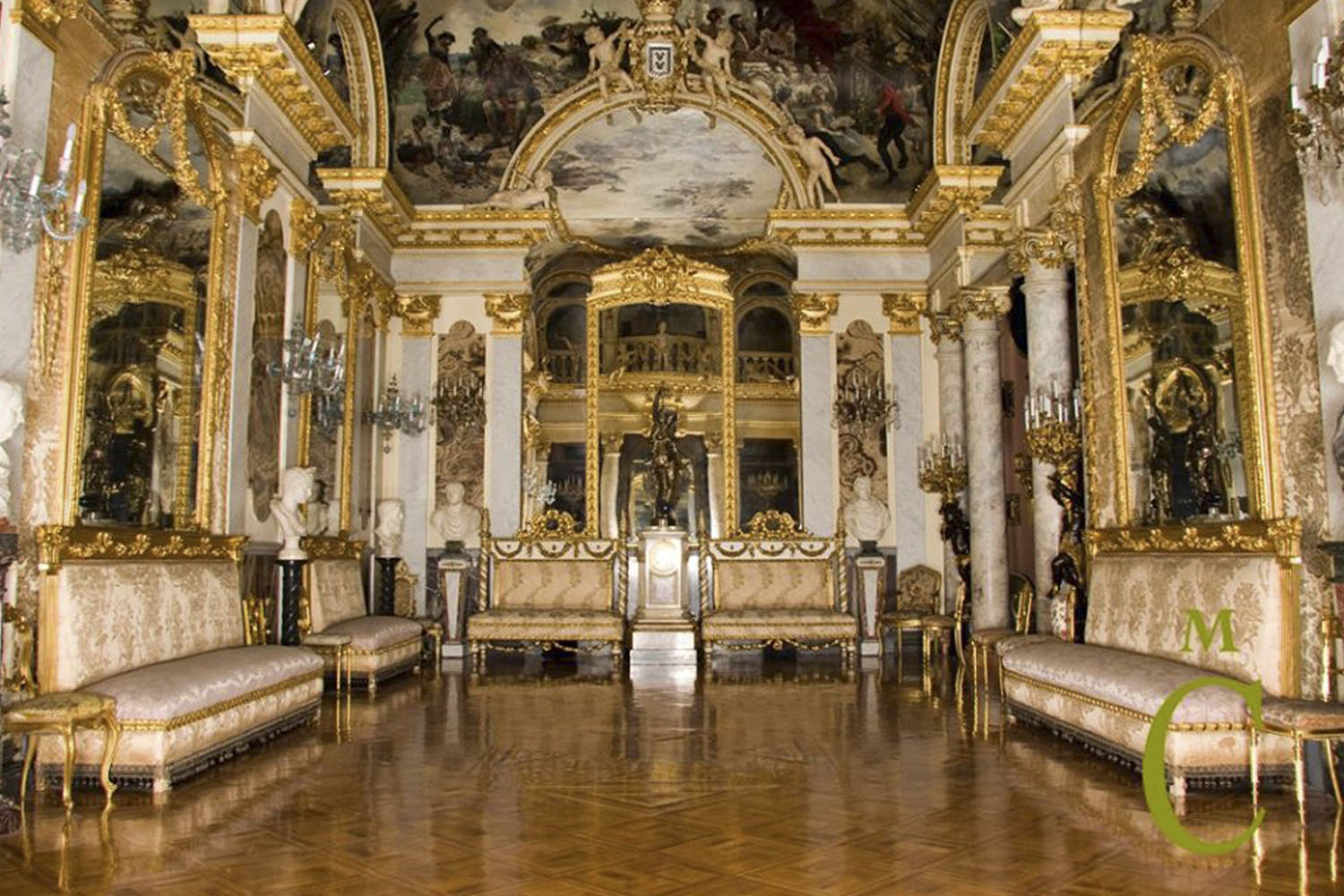 If you still don't know the Cerralbo Museum, we invite you to take a virtual visit, to discover what the aristocratic residences of the late 19th century were like. Photos, videos and a 360º virtual visit will give a good account of the beauty of this house-museum, which houses several works of art and archaeological objects.

Located in the Argüelles district, this museum that was the residence of the 17th Marquis of Cerralbo, Don Enrique de Aguilera y Gamboa and his family that, was built between 1885 and 1893 by the architects Sureda and Cabello Asó and later his son Cabello Lapiedra, under the guidelines of the own Marquis, is a type of building based on the transposition of the 'French hôtel particulier'.

Its rooms have a decorative setting that was masterfully recovered in the first decade of the 21st century, a task recognised with a medal from the European Union Prize for Cultural Heritage / Europa Nostra 2008.

The different rooms are organized according to the nineteenth century criterion, distinguishing between those dedicated to social life, and private rooms in which he spent his daily life, house paintings, furniture, clocks, porcelain, drawings, lamps, sculptures, weapons and armour, textiles, books, coins and various archaeological objects.

From this link we will go through the different rooms online, starting with the 'Gran Portal' that gives access to the house through two huge oak doors that once allowed the passage of carriages. From here, we will have access to the Temporary Exhibition Rooms, the Assembly Hall, and the Staircase of Honor.

We go to the 'Mezzanine Floor' which recreates to the maximum the atmosphere of that time, since it is where the daily life of the family took place, to finally accede to the 'Main Floor', which shows us the customs of that time in which the appearance prevailed above all, since these rooms, only opened their doors to celebrate dances, receptions and parties.

If you prefer, through Living Madrid, you can take a 360º virtual tour, which will allow you to see the beauty of this museum in great detail.

Autumn is always a special time ...

Musicals season kicks off in Madrid!

The arrival of autumn coincides ...