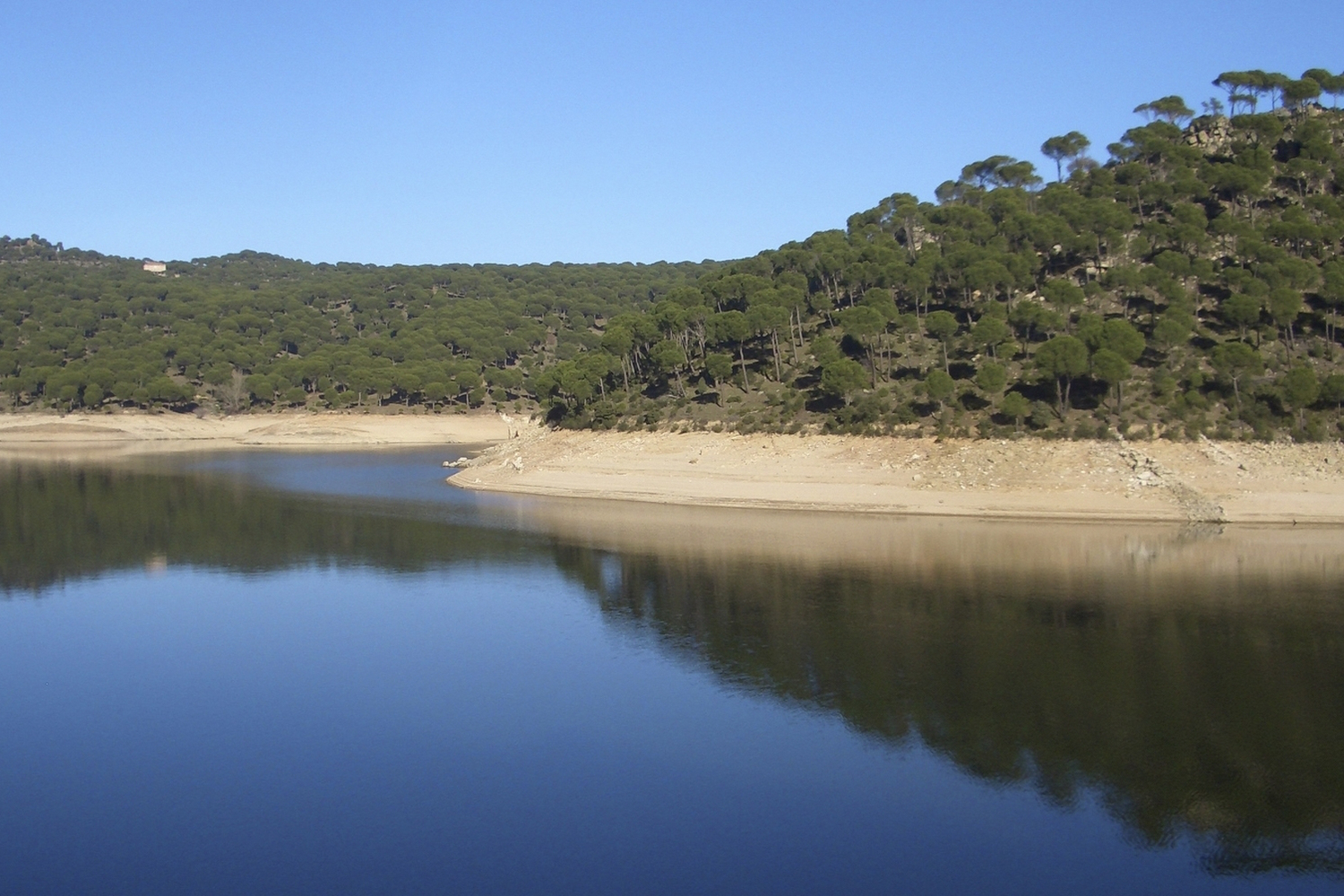 The West Mountains range is located in the southwestern part of the Region of Madrid, where the mountainous relief predominates. It gives place to other lower areas, where the Alberche and the Perales Rivers flows. The variety of the landscape, as well as the relief and the vegetable species that can be watched are very valuable since this region is at an altitude of 500 and 1500 meters above the sea level.

Travelling through the A5

To begin with our tour through this region, we start in the A5, until Navalcarnero, and there we take direction to Villanueva de Perales, a region that despite his historic origin, only has an old heritage that just preserves some civil constructions, among which stands out the Palace of Milla. Its festivals revolve around the Santísimo Cristo de la Campana (Holly Christ of the Bell).

Close to this place we find Villamantilla, a town that despite of being small, it hosts the important Church of St. Michael the Archangel, from the 16th century, as well as a variety of emblazoned houses from the 18th and 19the centuries, among other buildings. Villamantilla stands out for being a town with numerous longstanding traditions. The "jotas" and the "seguidillas" are highlighted, and the people from the town dance them during the great party of St. Michael. 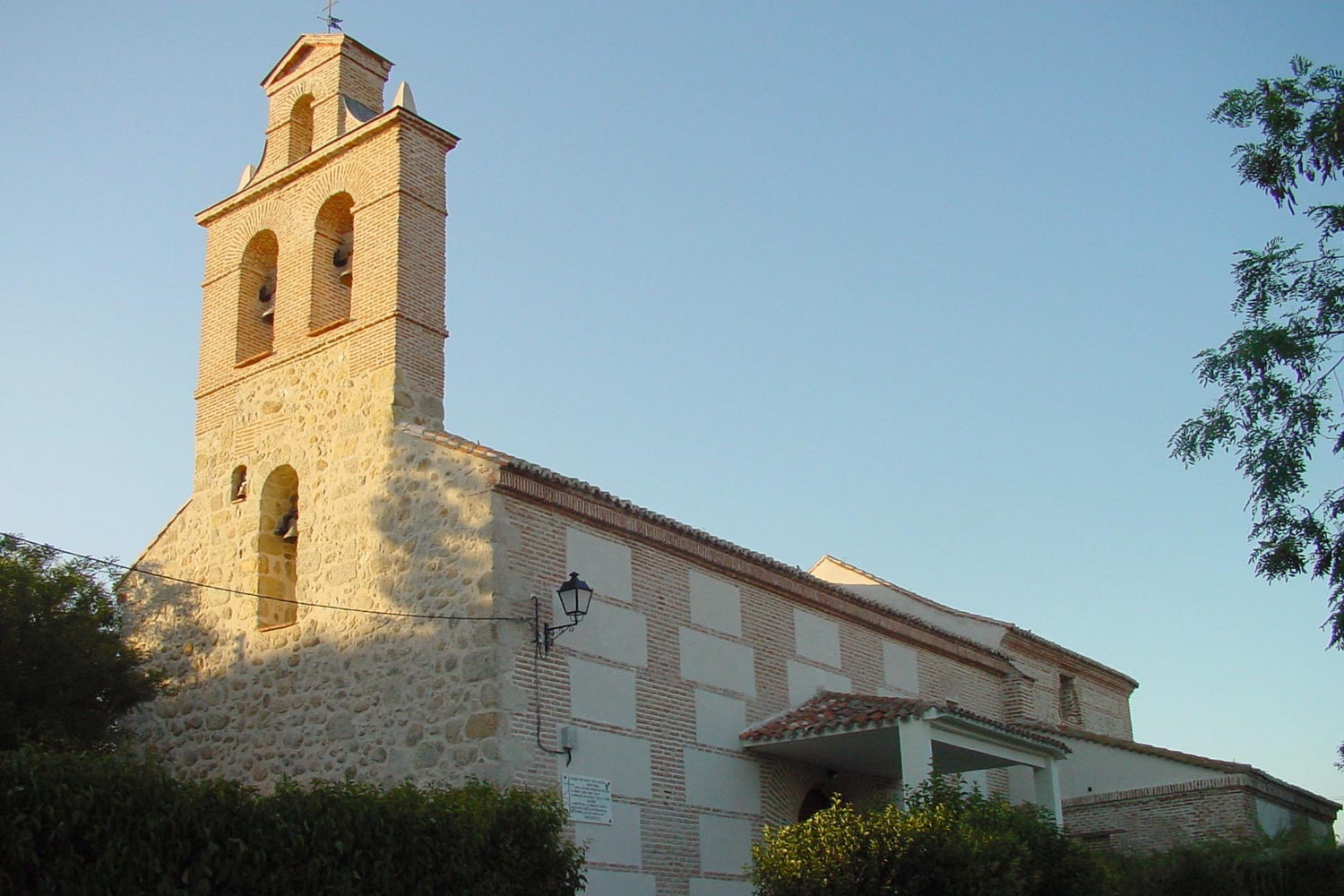 We keep going to Villamanta, this town runs between meadows, especially Iberian oaks and croplands. In the Old Town it is worthy to stop by the Church of Santa Catalina from the 16th century, as well as some representative buildings like the Former Hospital for the Poor (Antiguo Hospital de Pobres) and the House of the Priest of Cascarrubios (Casa del Cura), also from the 16th century. Its festivals are dedicated to its patron saint: Virgen del Socorro (Virgin of Succour).

Following the M-507, we reach to Aldea del Fresno, a place where the Alberche River flows into the Perales River. This place is known due to its beach and the hikers that enjoy the calm river course between the reeds. One of the most unusual constructions is the remains of an Arabic Ferris Wheel, prior to the 12th century. Close to it, it is located the Church of St. Peter the Apostle from the 16th century, as well as various façades from the 17th and 19th centuries that are very interesting. The festivals around the patron saint are dedicated to St. Peter the Apostle. 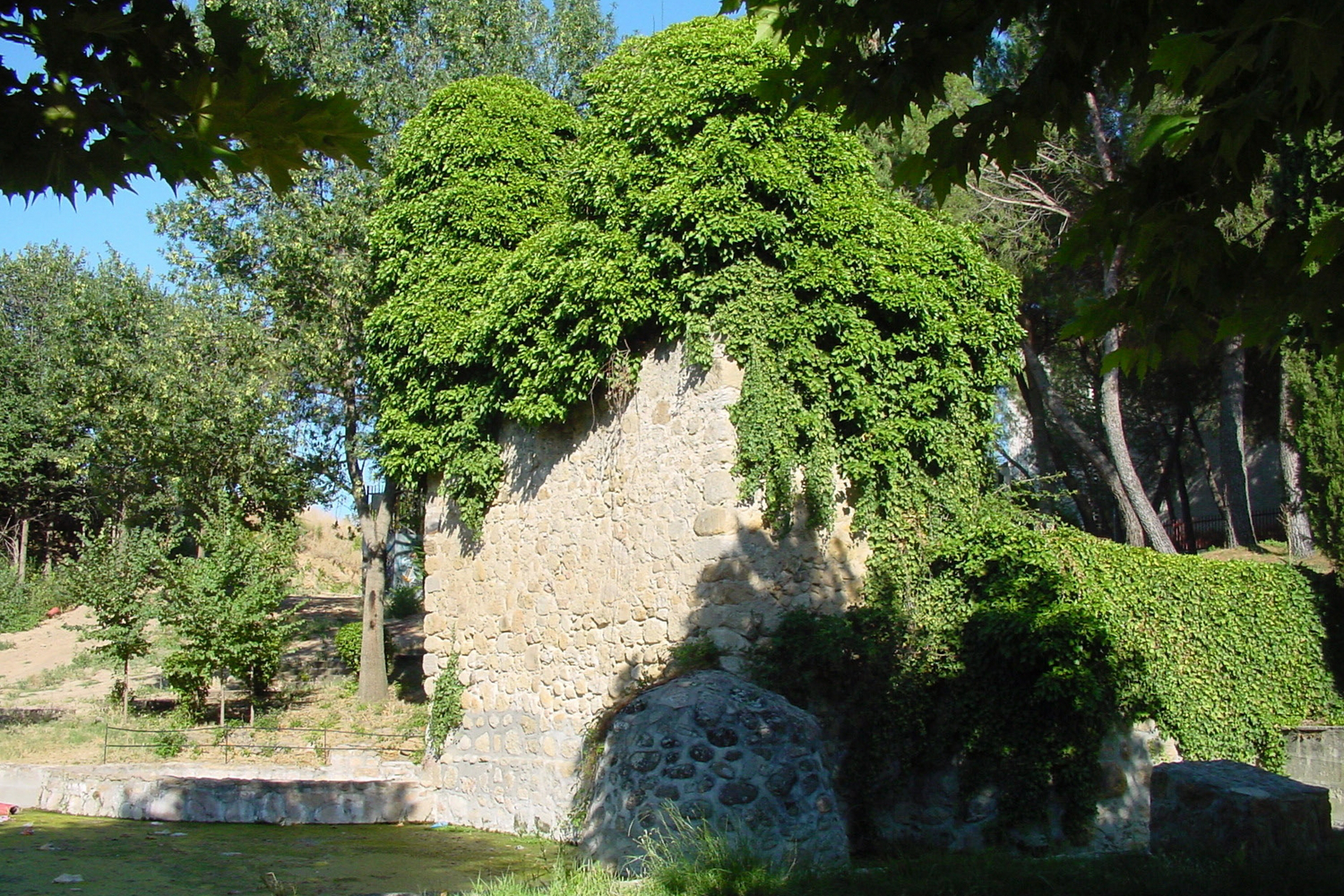 We continue our tour after swimming in the Alberche Beach if the weather allows it, and we reach Villa del Prado, a plain town between mountains. There you must visit the Church of Santiago the Apostle from the 15th century, as well as the façade of the former Palace of Don Álvaro de Luna and the City Hall, from the 16th century. Its celebrations are dedicated to the festival of Our Lady of Poveda (Nuestra Señora de la Poveda), including the pilgrimage to the Hermitage of the Virgin with the same name. You cannot miss the wine houses; some of them belong to the Designation of Origin Wines of Madrid.

We have to pass through a small part of Toledo in order to reach the next destination: Cadalso de los Vidrios. Its patrimonial heritage will surprise you with places like the Palace of Villena, from the 15th century, the Church of Our Lady of the Assumption ("Nuestra Señora de la Asunción"), from the 16th century, and the unusual renaissance façade of the House of the Wilds ("Casa de los Salvajes"). The patron saints festivals are celebrated in honor of the Holly Christ of the Shrine ("Santísimo Cristo del Humilladero"), festival of the Hornazo and the Carnival. 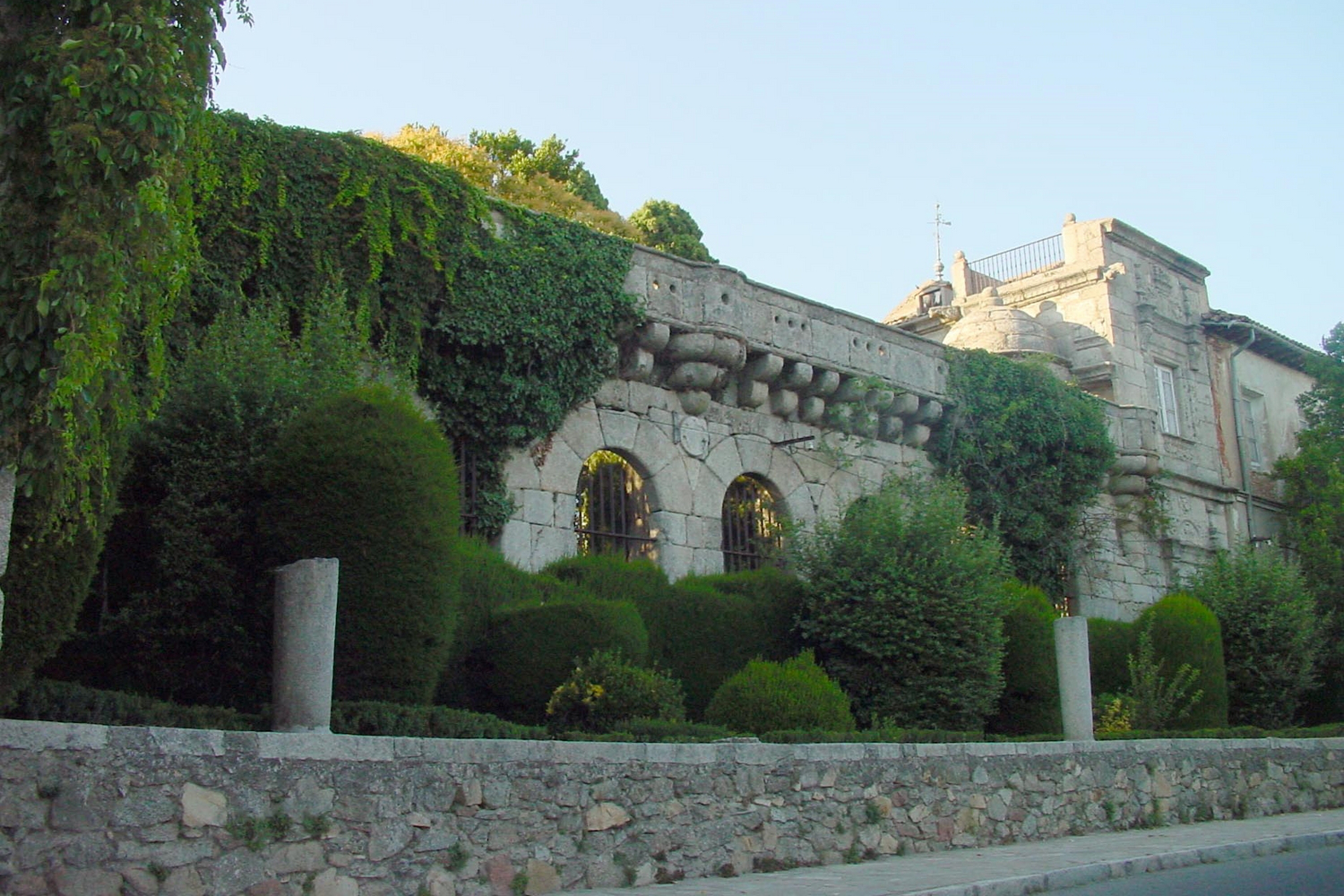 From Cadalso we reach to Cenicientos, in the extreme southwest side of the Region of Madrid. In this town the Written Stone ("Piedra Escrita") stands out, a monolith from the 2nd century. It is also interesting the Church of San Esteban, from the 15th century, as well as some houses of the town. The patron saints festivals are the festival of Our Lady the Virgin of the Oak ("Nuestra Señora la Virgen del Roble"), the Horse festival, the Day of the Bull and the festival of St. Anthony of Padua ("San Antonio de Padua").

If we continue our trip, we will reach to Rozas de Puerto Real, a municipality close to the Tiétar river, with a great variety of vegetables, and where it is worth it to visit the Church of St. John the Baptist (" Iglesia de San Juan Bautista"), from the 15th century. The church has joined to it a Roman tower from the 12th century, besides other examples of constructions and fountains included from the Arabic time. The patron saints festival is celebrated in honor of St. John the Baptist.

After going through a small province of Avila and north direction, we reach San Martín de Valdeiglesias, the town with more inhabitants of the region. The municipality, where pine trees dominate, is crossed by the Alberche River that shapes two big reservoirs: San Juan and Picadas. It is characteristic from this municipality the Castle of the Coraceda, from the 15th century. In the town you can taste some wines of the area, since there are some wine houses that belong to the Designation of Origin Wines of Madrid. In the Old Town you can visit the Church of "San Martín de Tours", some hermitages from the 15th and 17th centuries, as well as some buildings that have been restored recently. The festivals of the patron "San Martín de Tours" and the patron Our Lady the Virgin of the New ("Nuestra Señora la Virgen de la Nueva") are the most popular. 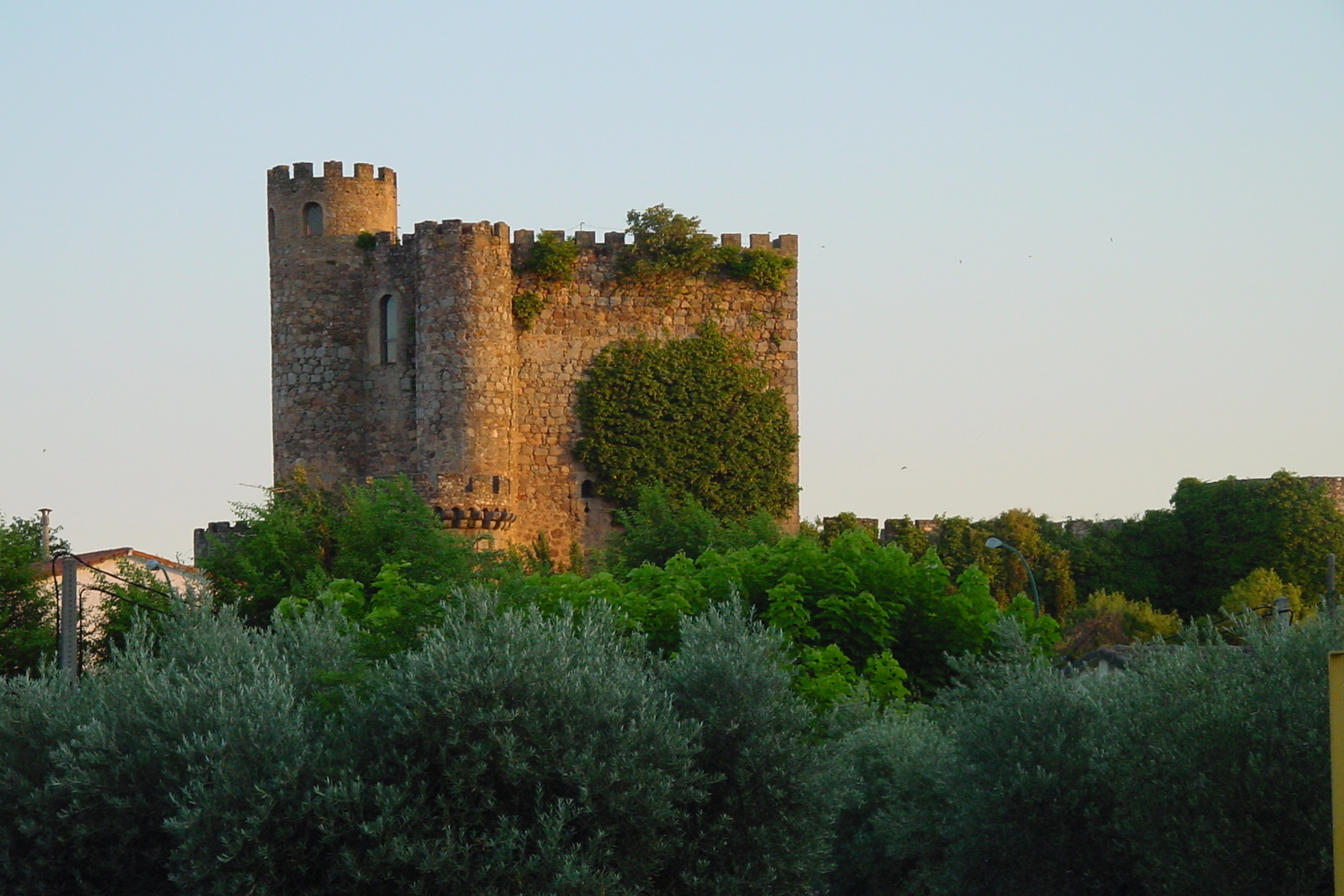 If we take the road M-501 you will find Pelayos de la Presa, a municipality located between the reservoirs of San Juan and Picadas, and a tradicional summer town. It has the interesting remains of a Cistercian Monastery from the 12th century, besides the Church of Our Lady of the Assumption ("Nuestra Señora de la Asunción"), from the 16th century, as well as pre-historic paintings among other places of interest. In the area, the San Juan reservoir offers many outdoors activities, such as climbing. Its festivities are celebrated in honor of San Blas.

Following the M-501 direction Madrid, we go through the mountain port of San Juan and we reach Navas del Rey, a municipality were Garganta de Picadas stands out (carved out by the Alberche River and where the waters of Embalse de Picadas flow), the Baroque church of San Eugenio and an Arabic tower of the 13th century. The mayor festivities are celebrated in honor of Love of Christ ("Cristo del Amor").

Going through the M-501 and after the Almenara port, north direction, we take the M-512, going through a wide pine forest and a satellite tracking station (which is part of the deep spaces network of the NASA), and in the end we reach Robledo de Chavela. Here it is highlighted the Church of the Assumption (Gothic from the 15th century), which seems like a fort and the City Hall, from the 17th century, as well as other civil and religious buildings that gives to the town a stately appearance. Its festivities are celebrated in honor to the patron: the Holly Christ of the Agony ("Santísimo Cristo de la Agonía").

From Robledo to the West, Avila direction and at a few kilometers away, we reach Valdemaqueda, one of the populations where it is characteristic the bridge with five eyes over the Cofio River, as well as the contrast between the two City Halls, the old one and the new one (that has an architecture prize), besides other constructions like the Church of San Lorenzo. Enjoy the patron festivals in honor to the Virgin of the Remedies. 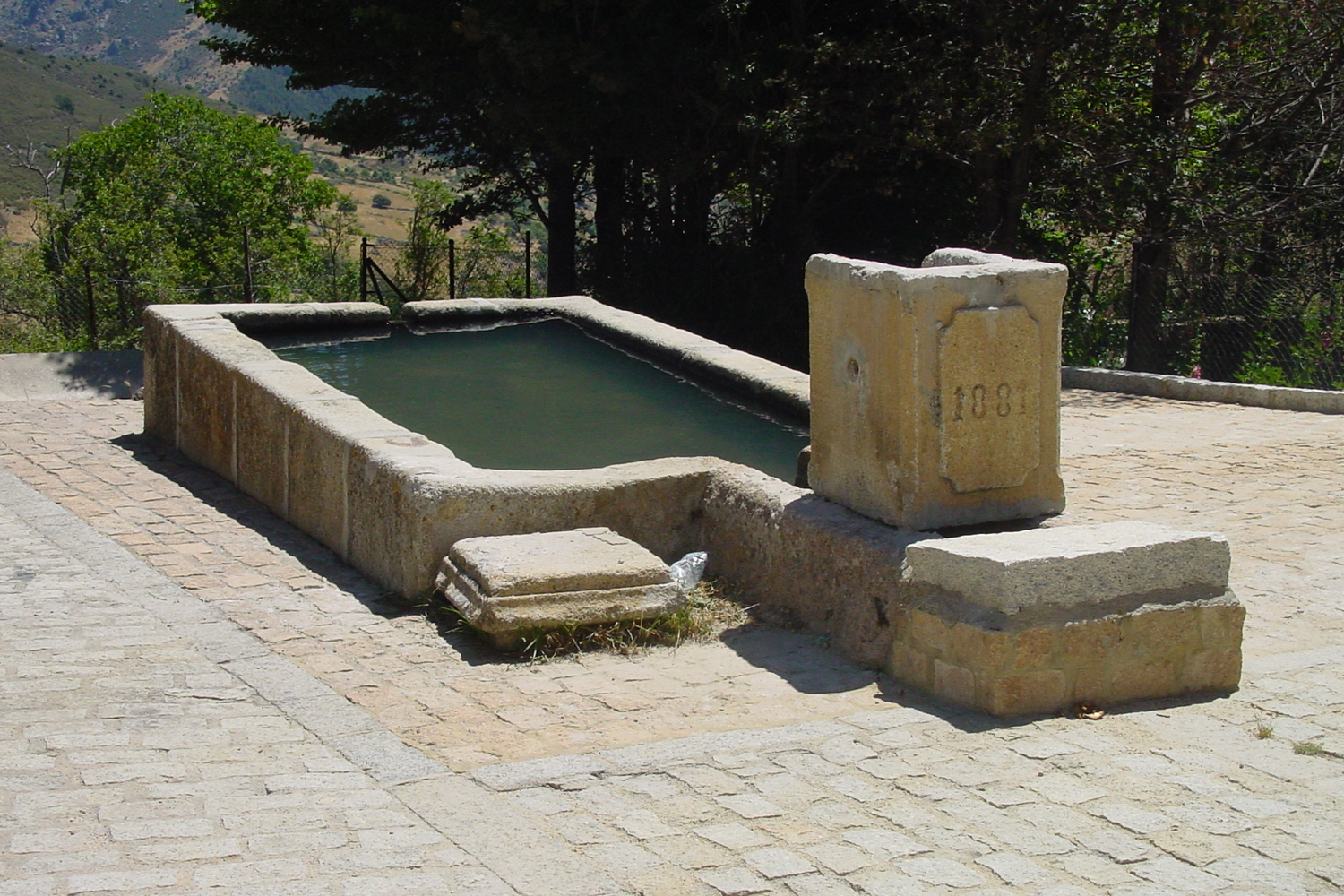 Going back to the Port of the Green Cross, a place where the bikers of the Region of Madrid meet, we continue to Zarzalejo, very close to San Lorenzo del Escorial. Zarzalejo is a small town where the church St. Peter the Apostle ("San Pedro Apóstol"), from the 15th century, stands out, together with other typically rural constructions. The festivals are celebrated in honor to San Pedro and the Virgen del Consuelo.

If we follow the road, we will reach to a desviation that takes you to Fresnedillas de la Oliva, a town located between holm oaks and where the Church of San Bartolomé, from the 16th century, stands out, as well as its urban-rural ensemble. The festivals are celebrated in honor to the patron, St. Bartolomé Apostle, although it should be mentioned also the Festival of the Heifer, which honors St. Sebastián.

Towards Madrid and Southern

From Fresnedillas and towards Madrid, we reach Navalagamella, a town between meadows, where it is highlighted the Church of our Lady of the Stars ("Nuestra Señora de la Estrella"), from the 15th century, the old Clock tower, located in the current City Hall and other constructions in different places of the city. The patron festivals are celebrated in honor to Michael the Archangel ("Miguel Arcángel") and to the Blood of Christ ("Cristo de la Sangre").

If we continue through the M-610, we pass by Colmenar de Arroyo, where you can see the Roman Bridges of the Fragua and the Caño, as well as the church of the Asunción, from the 16th century and the belfry of the church if San Vicente, from the 12th century. Festivals of the Holly Christ of the Cross ("Santísimo Cristo de la Cruz a cuestas"). 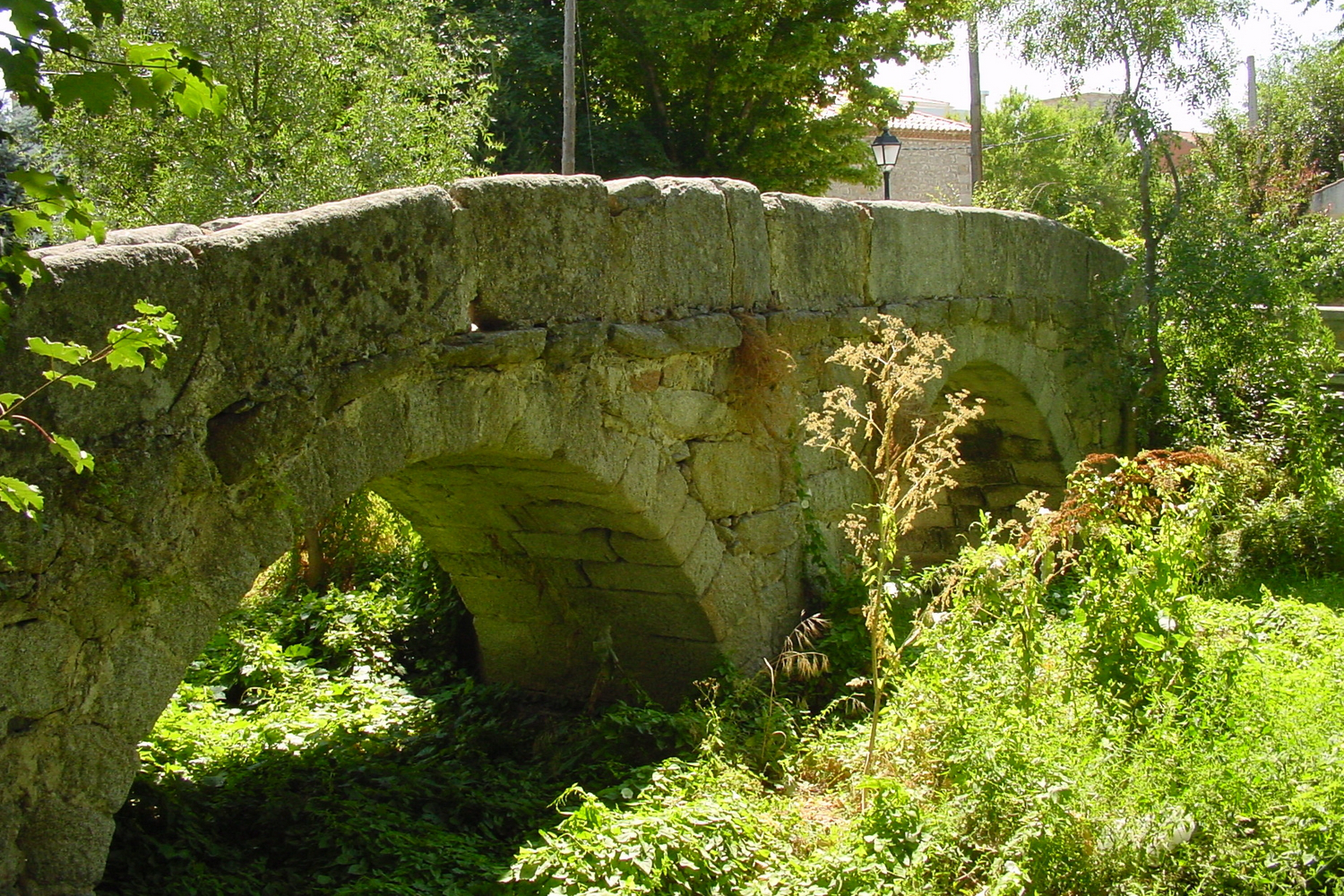 We finish our tour around the West Mountains in Chapinería, a municipality where you have to visit the church of the Immacualte Conception ("Purísima Concepción") and the Palace of the Marquisate of Villanueva de la Sagra, both of them from the 17th century, as well as other rural constructions. Patronal Festivals in honor of Our Lady of the Rosary ("Nuestra Señora del Rosario").