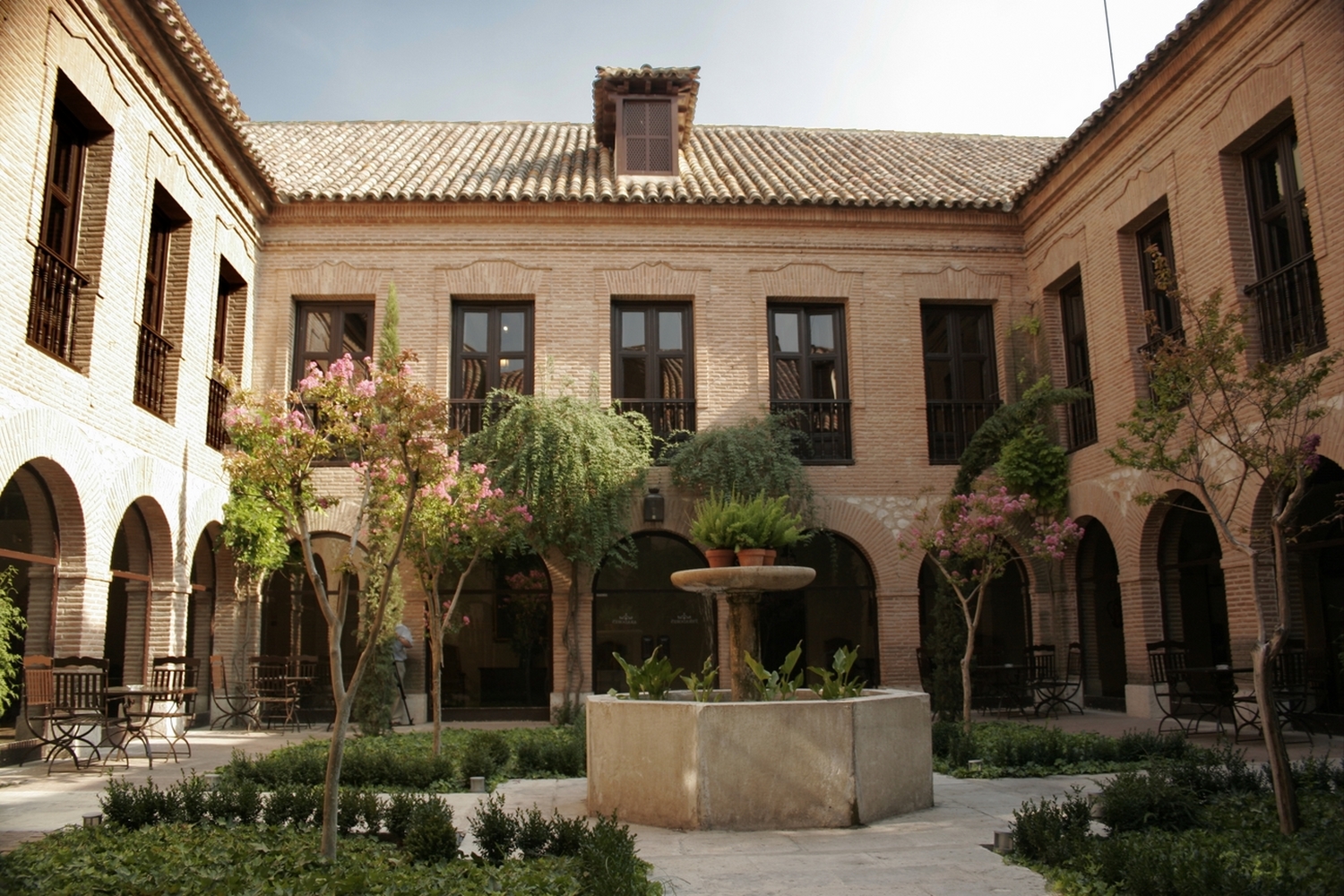 Parador de Turismo is located in a building full of history: the former Monastery of the Augustinians founded in the seventeenth century by the Counts of Chinchón and with a very important role in the history of the town

In the building, which has been restored, stands out the old cloister that nowadays houses some well-kept gardens. Next to it is located its old church, the hermitage of Nuestra Señora del Rosario, of baroque style. The part formerly occupied by the monks is currently the Parador de Turismo de Chinchón, some of whose rooms bear evocative names: Prior's Room, Countess of Chinchón, Chapel of Felipe V.

As for its gastronomic offer, throughout the year it offers a dozen representative dishes that delight diners, such as fresh vegetable dishes from La Vega (cooked, boiled or stuffed), in winter the Caldo de Taba or the Guisote de Ajillo de Cordero Lechal con ajo fino de Chinchón (lamb stew with garlic).

It has several restaurants, such as El Convento, which has a themed restaurant offer for weekends and El Bodegón where, during winter, you can taste the oldest traditional recipe from Madrid.