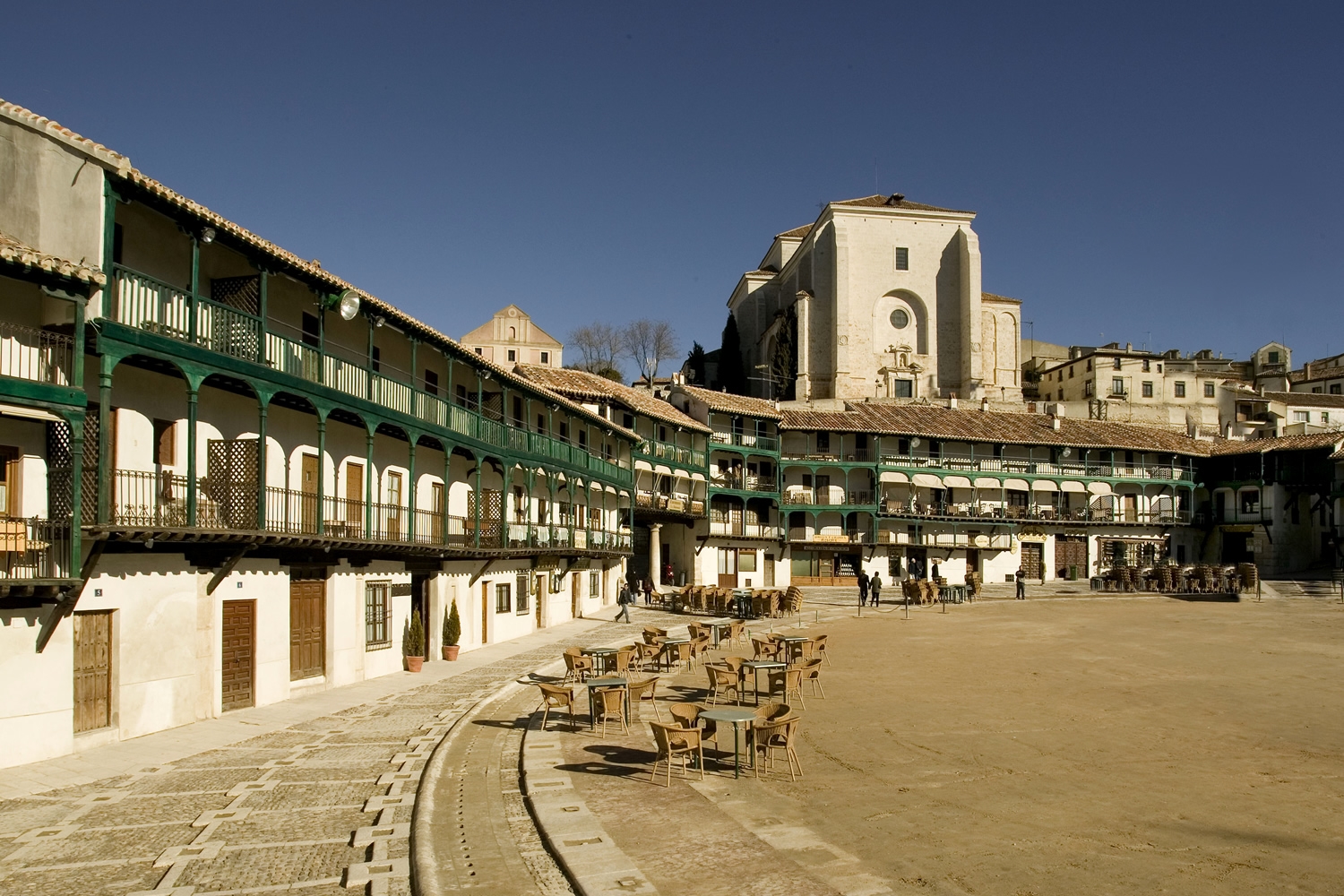 Surrounded by the vineyards and olive trees of the Vega del Tajuña, its urban center was declared a Historic-Artistic Site in 1974. With its film-like Plaza Mayor, its streets full of history and a local cuisine that can be tasted in inns and restaurants... Everything that can be said about this town is an understatement. Come and see for yourself!

Chinchón, along with ten other charming tourist towns, is part of the Villas de Madrid program.

The first settlers arrived in this area in the Neolithic period and lived in some of the many caves in the vicinity, such as the so-called Cueva de la Mora. Traces of an Iberian settlement have also been found in the hill of "El Salitral", while the Romans from neighboring Titulcia established their camps here.

In Arab times, Chinchón belonged to Toledo, until the mid-11th century when King Ferdinand I reconquered the territory between Talavera de la Reina and Madrid.

Under the reign of Henry IV it received the title of "Villa". In the early eighteenth century the county was acquired by the House of Bourbon and Farnese, and the Villa was granted the title of "Very Noble and Very Loyal" in recognition of his loyalty in the War of Succession.Through here also passed the French, who appropriated the property that kept Monasteries and Convents. As an example of this in the Plaza Mayor there is the so-called "column of the French". Will you be able to find it?