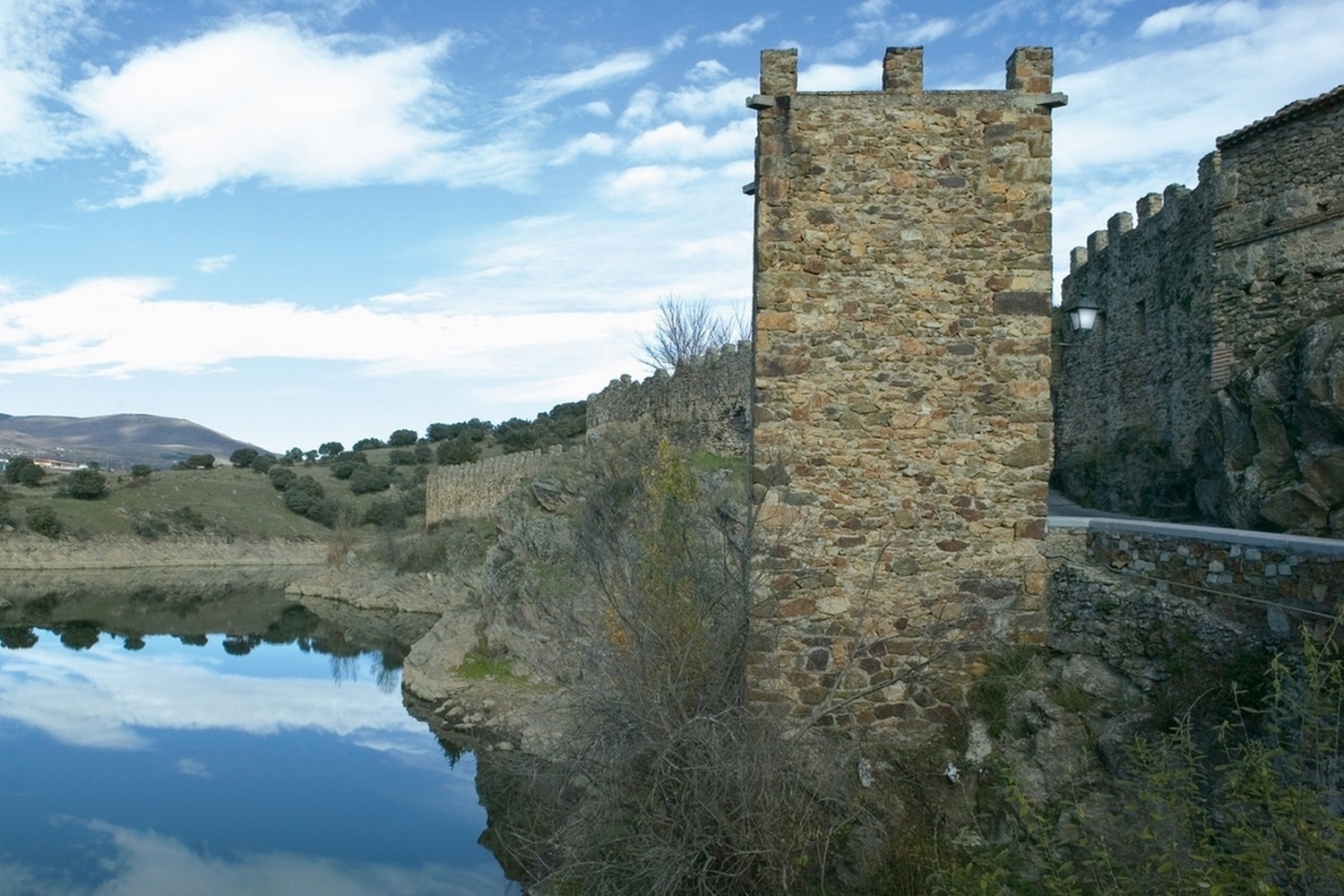 Attached to the wall, it rises above the river forming an authentic fortification that had defensive purposes at the time of the Reconquest. It had a rectangular floor plan, a central parade ground and several towers.

The castle or fortress is linked to the Mendoza family, on which the town depended in the 14th century. The construction that has survived to the present day dates from that century or the next, when it became the residence of the Marquis of Santillana and his family, future dukes of Infantado.

Queen Juana of Portugal and her daughter Juana la Beltraneja, who aspired to the throne of Castile-León (which, by the way, is the subject of the dramatized visits), resided there. It has also hosted kings invited by the Mendoza family, such as John II and Philip III.

Attached to the southeast end of the town wall, its brick and masonry construction is typical of Mudejar architecture. It is almost square in shape and was fortified by seven towers.

It suffered considerable deterioration during the nineteenth and twentieth centuries, so that hardly anything remains of its interior and the space is used for the organization of various cultural events, especially during the summer when it hosts the Marqués de Santillana Festival of early music and classical music.