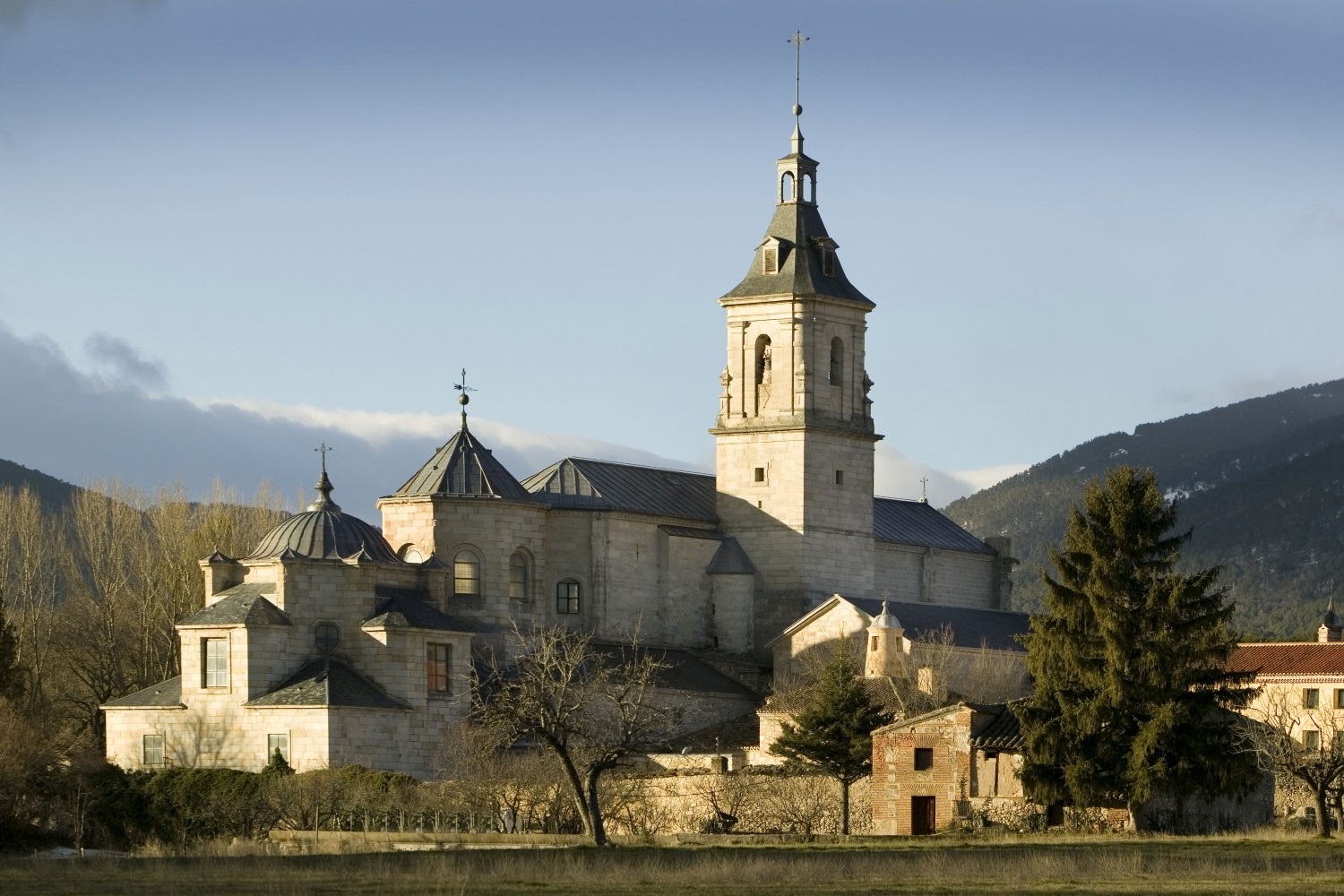 Located in the northside of the Region of Madrid, in the wonderful natural area of Valle del Lozoya (Valley of Lozoya), Rascafría is one of the most wonderful villages of the tour around the valley. The valley is whigth and cleared, and it is located to about 1100 meters of altitude, and it is perfect for nature lovers.

Rascafría, together with other municipalities, is part of the program Villas de Madrid (Villas of Madrid), get to know them and enjoy promotions and discounts in many places. What are you waiting for to roam them?

Rascafría stands out since its foundation due to the impressive Monasterio de Santa María del Paular (Monastery of Santa María del Paular). It seems to be located in the middle of the landscape, like it should have always been there, and it is perfectly integrated and mixed with the nature that surrounds it. 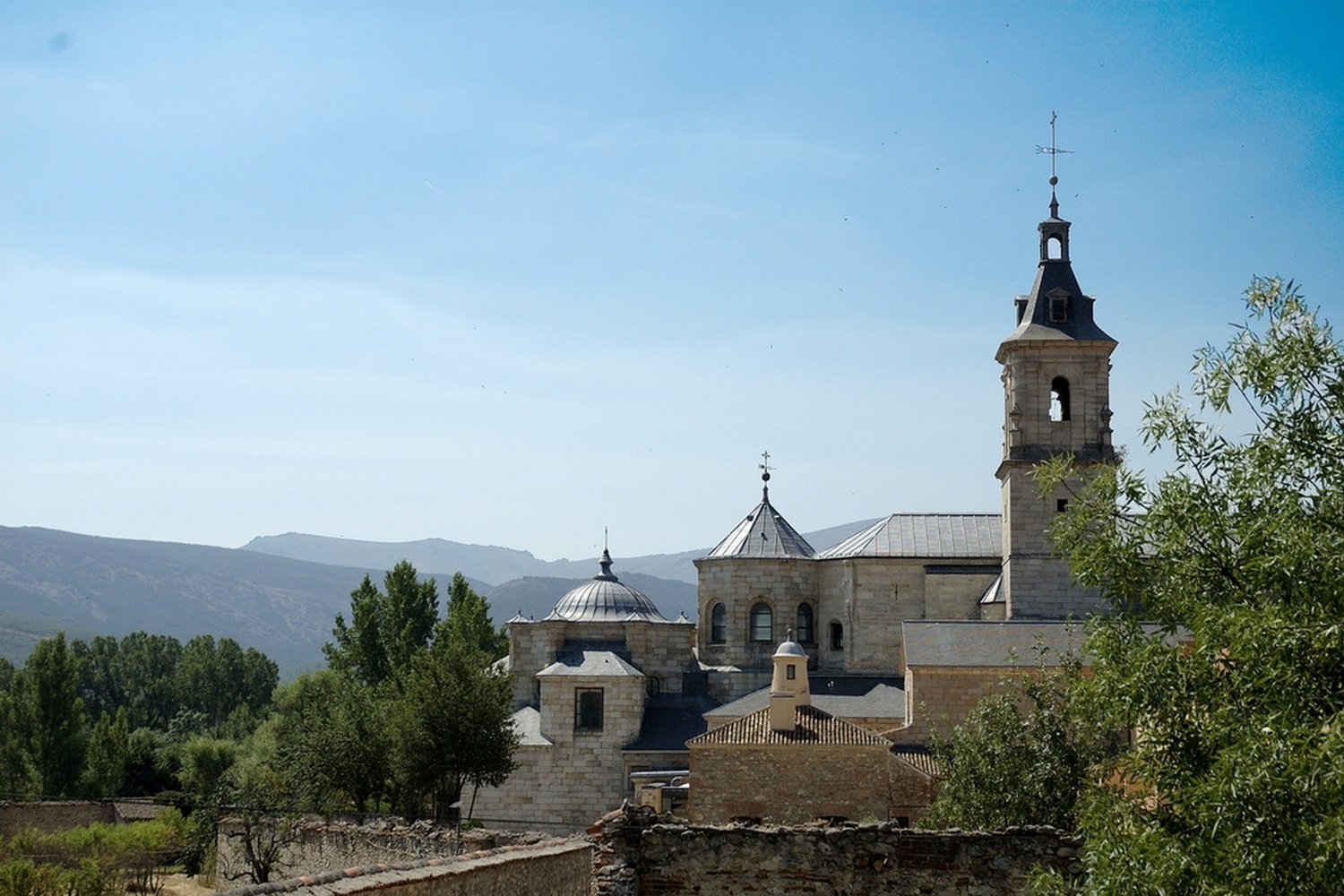 It was founded in 1390, and for more than 450 years it was under the domain of the Carthusian Order. However, from 1954 it is a Benedictine Abbey. Enrique II of Castilla ordered its construction, in a place chosen by him. The legend states than the king decided that the monastery had to belong to the Carthusian Order because during the war against France years before, his army had burnt a monastery of the same order.

At the beginning of the 17th century, the famous painter Vicente Carducho was in charge of painting a series of paints for the holes of the internal walls. He painted a series of paintings about the founder of the order, San Bruno de Colonia. However, after the ecclesiastical confiscation of the 19th century, the paintings were distributed around museums and institutions. Although thanks to the initiative of the local people among other promoters, in 2006 took place the restoration of the artworks on the monastery walls. Furthermore, we remind you that the monks are still living nowadays in an area of the monastery, the one on the left side of the church.

From the Puente del Perdón (Forgiveness bridge), the views of the monastery are wonderful!

The name of the bridge comes from the relative isolation of the Valle del Lozoya, so the authorities were used to conduct the trials close to the bridge.

Let's go to the town! 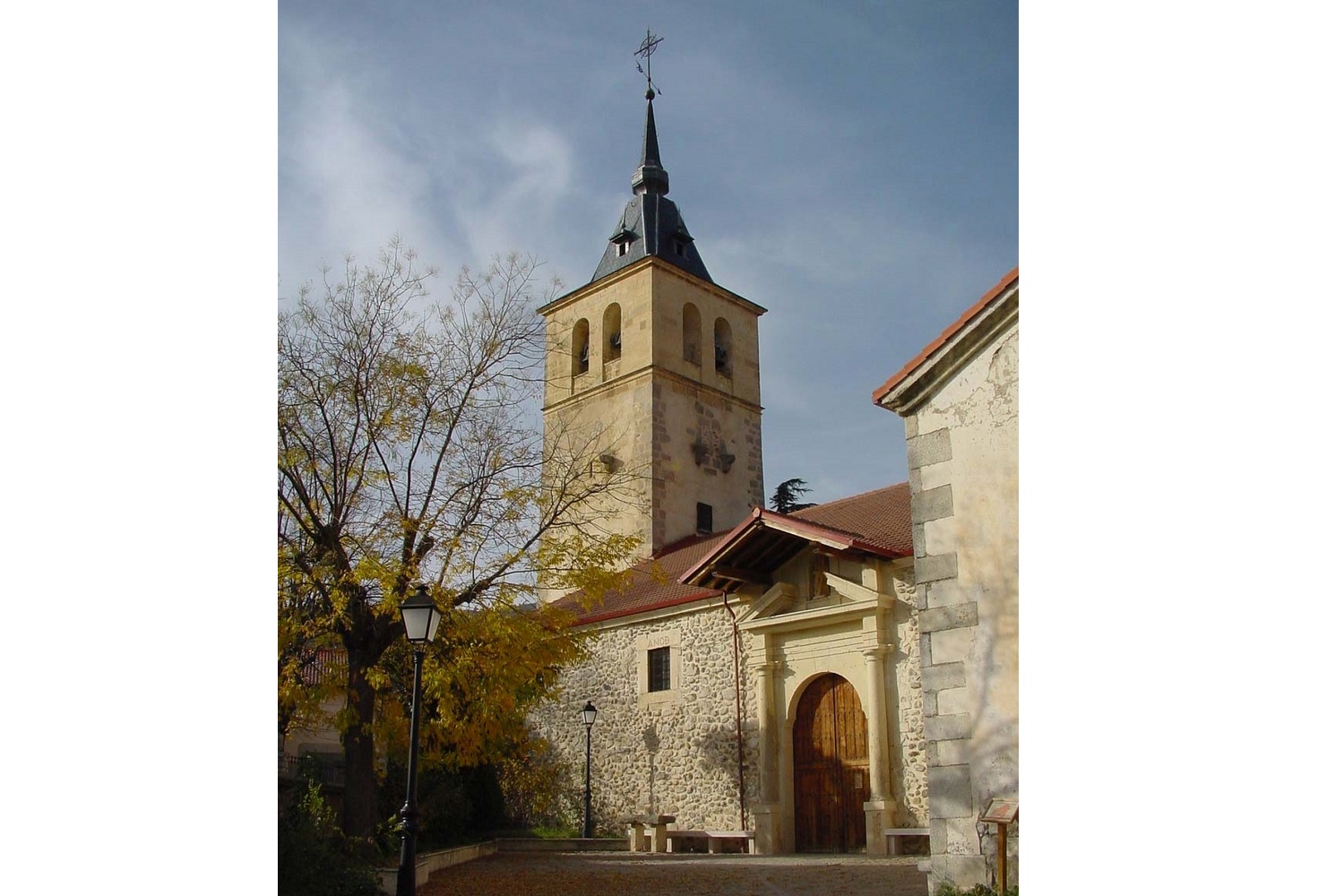 Going towards the town, we will stop by the Plaza de los Trastámaras (Square of the Trastámaras), which was built together with the Casona (Bis House). Did you know that this building was a Hospital or "Lazareto" first? This two-storey building with orchard and garden, became a stately home as it is nowadays.

You cannot miss the City Hall, in neo-Mudejar style, that was built in the beginning of the former century and restored in 1984. Furthermore, it is located in the Plaza de la Villa (Village Square), and close to it we can find the colossal Parish of San André Apóstol.

This building of the 15th century is located in the northernmost part of it, and preserves the Gothic vaults and coffering of the 16th century in its central nave. The pulpit is plateresque and it preserves some sculptures from the Paular, like the one of St. Michael the Archangel from the 18th century, produced by Luis Salvador Carmona.

During the civil war, the spire was hit by a howitzer and the bells also disappeared during the conflict. Maybe the most remarkable fact is that the new bells were constructed with the metal of two planes that crashed in the middle of the 20th century.

By the presbitery of the CHurch of San Andrés there cultural and leisure shows are represented with theatre plays and shows.

There are many cultural activities that take place in the "Corral de Comedias", like the Sierra Norte Folk Festival, nationally recognized. This festival takes place in the natural space of "Las Presillas", in the riverside of the Lozoya River. Artists like Carlos Núñez, Hevia or Celtas Cortos have participated on this festival that you should not miss.

The best season of the year for visiting Rascafría is during October and November, coinciding with the Gastronomic days of mushrooms, hunting and wine.

Also throughout the year, the restaurants offer a selection of the best recipes, prepared with natural ingredients that grow in the forests. All this marinated with the best wines with the 'Denomination of Origin of Wines of Madrid'. When choosing where to go, you won't have any problem, since the number of cozy restaurants is very high.

Nature at its purest

Although the natural tourism offering of Rascafría and surroundings is broad, we recommend you to choose the "Rutas Verdes" (Green routes) – like the one that starts in the Puente del Perdón. It is a nice path that takes you to the Arboreto Giner de los Ríos, a botanical garden on the riverside of the Lozoya River. There are deciduous trees and busts with representation of more than 200 species, separated depending on their origin: Asia, Europe, North America and South America. The tour can be done walking or by bike.

You can also go to the Parque Natural de Peñalara, one of the most valuable places of the Region of Madrid. The park hosts the highest mountain of the region and there are flora and fauna species of great value. Enjoy what surrounds you and get away from the modern world for a while.

And if you are into adventure, you cannot miss Valdesquí. It is a ski track that has all that a skier may wish, from ski and snowboard tracks, to a training and competition track that you can book. 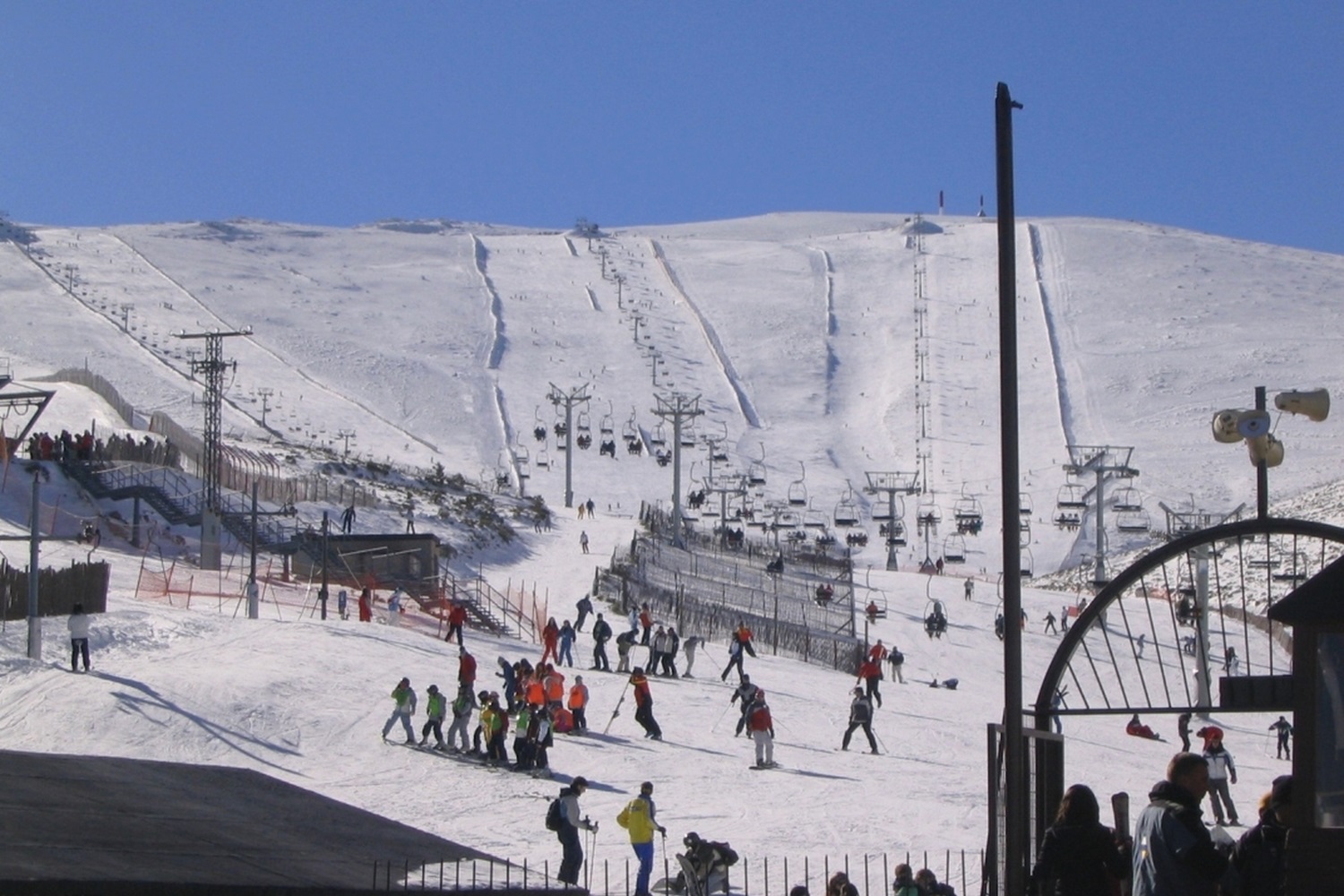 Do not forget the popular festivals

The schedule of Rascafría is full of festivals that goes from the most solemn religious processions to the most exciting tape horse races. If you love to enjoy the food outdoors, you should not miss the festivity of the Virgin of Gracia and San Roque, which can be named the greatest party. It is celebrated in the middle of August, where parades, heifers, sports competitions, musical performances, stew, chocolate and children's competitions are organized.

Furthermore, in order to enjoy the region's folklore, you must visit the Virgin of the Rosario. It is celebrated in the beginning of October, in Oteruelo del Valle. Religious activities, snacks, competitions, exhibitions and cultural dances are organized.

Discover the political and social chronicle of ...

Rediscover with us the Region of Madrid

After the standstill generated by the COVID-19 ...

Cultural Interest Goods in the Region of Madrid

The Region of Madrid tries to make known the re...

Rascafría finalist to be Capital of Rural Tourism

With the aim of giving visibility to those muni...

Discover the parks of the Region of Madrid