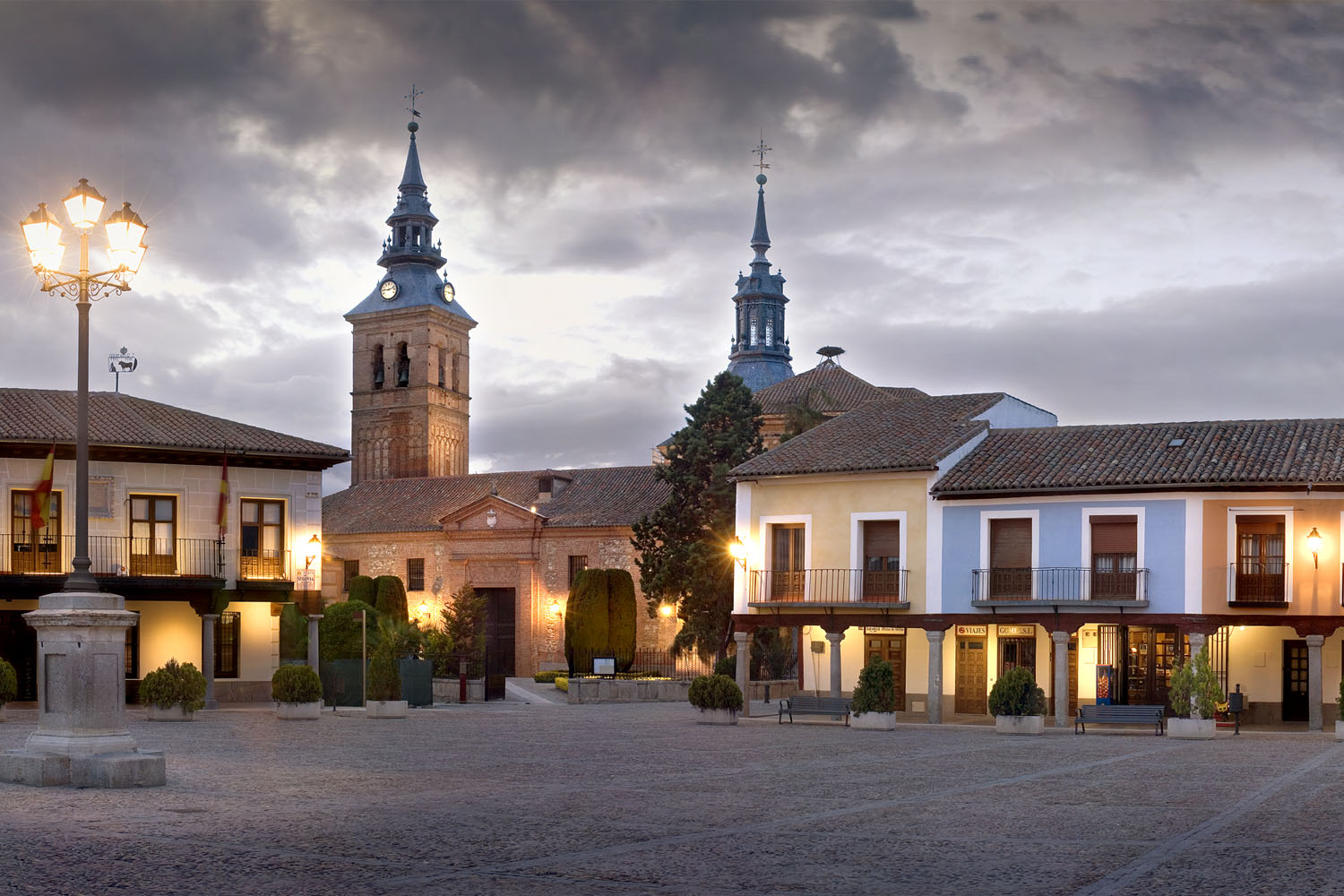 The Navalcarnero Villa is located in the Southwestern part of the Region of Madrid, between the Guadarrama and Alberche Rivers. It was founded the 10th October of 1499, and since then it has been the witness of many historic events like the wedding of the King Felipe IV and his niece Ms. Mariana of Austria, thanks to these events the title of "Royal Village" was given to Navalcarnero.

Navalcarnero and other towns are part of the program Villas of Madrid, get to know them and enjoy the promotions and discounts that the different places offer. What are you waiting for?

We are Going for a Ride

We suggest you to depart from the Square of the Municipal Theatre, since it is a beautiful and picturesque environment. Going to the centre of the town you will be able to watch the monument to the Running of the Bulls, which shows the importance of the bullfighting tradition of this city.

Near the centre we find the Parish Church of Our Lady of the Assumption, whci can be viewed from all the places in Navalcarnero. It has been declared Historic-Artistic Monument. If you are into art, you cannot miss it, since it has one of the most beautiful Baroque altarpieces of the region. In other words, you will not find a better example of the early Renaissance around the villa. Get lost in the town and fell how time seems to stop!

Next to it we find the Square of Segovia, the most frequently visited place since the villa was created. Here the activity of the inhabitants is similar to the activity in the 16th century. Stop by one of the porticoes, have a wine of the Designation of Origin and you will understand what are we talking about.

And if you like the craftsmanship, try to come the second Sunday of the month (except July and August) in order to visit the Artisan Market celebrated in this square. 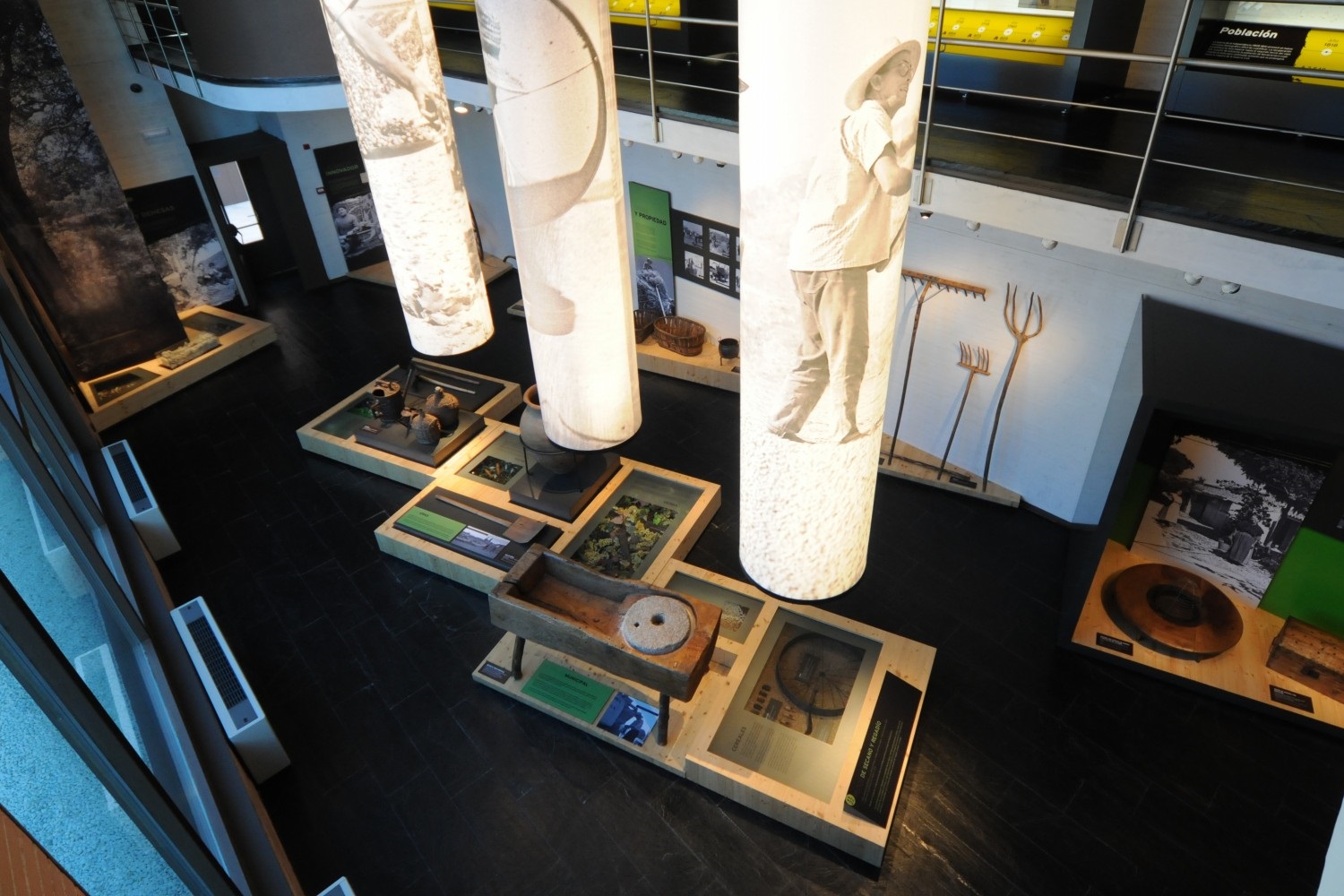 We also recommend you to visit the Church of San José, which is very small but very beautiful. As well as the Square of Pozo Concejo, a new public place. It is a beautiful place to meet and to live together, both neighbors and visitors. The modernity mixes with the tradition here.

Moreover, you cannot miss the Hermitages of Veracruz and San Roque. The last one has been curiously built by a Knight of the Order of Santiago, and whose name is certainly due to the pestilence that affected the region at the end of the 17th century. On the contrary, the Hermitage of Veracruz stands out due to the frescoes and murals, which have remained untouched since they were made. Continuing with our tour we will arrive to the small square of the Market, in whose lateral walls is built the Warehouse of the Warf, one of the best examples of a popular townhouse of the 19th century that you will find in the region.

Of course, you cannot miss the House of the Chain, the stage where the King Felipe IV and Mariana of Austria say their vows in 1649. Nowadays this royal wedding is commemorated at the end of August or beginning of September with a Golden Century Market.

These are only some of the most important monuments that Navalcarnero offers to its visitors. But don't stop here and explore by yourself the "outdoors museum", which is the villa. There are many statues, typical houses, medieval streets... This city is full of surprises. Discover it with us!

From the Park of Buenavista until the Park of the V Centenary, Navalcarnero offers to its visitors a wide range of green spots that seem to be in the middle of nature, being just in the centre of the town. As the countrymen say, these are corners with history and personality. Get lost in the town and enjoy a landscape that has remain almost the same since the 16th century! You cannot miss it!

Moreover, in Navalcarnero is located the Outdoors Museum with sculptures of Feliciano Hernández of Avila, which is an artist known internationally who lives in Navalcarnero from an early age. In our villa there are a lot of evidences of its work, being this park and the museum recognition to these years of work. This is something different to visit.

Wines of Madrid, Wines of Navalcarnero 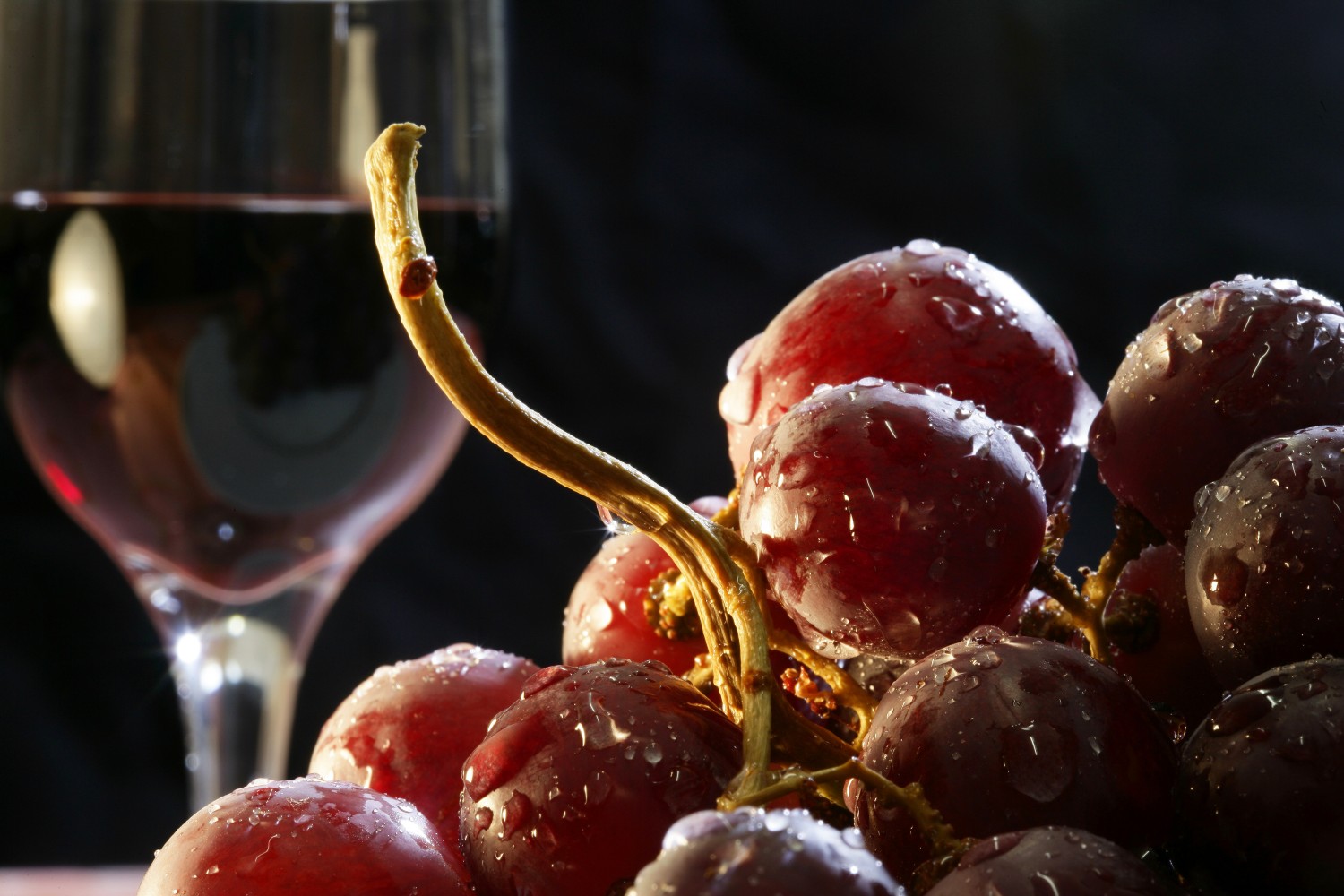 There is an anecdote that explains this very well: "It is said that the famous mayor of Móstoles, Don Andrés Torrejón, could not sign the band that declared the war to the French, when Napoleón invaded Spain, until he ate "Cocido" from Madrid until he burst with wine from Navalcarnero, the brave mayor stood up and signed the document"

Convinced? If you need more evidences, do not hesitate on stopping by the Museum of Wine. You will find from materials related to the wine manufacturing until curiosities less knowns.

Enjoy the Wine Routes of Navalcarnero and the taste of the so-called "Cuevas del Concejo", a wine land with Denomination of Origin of Madrid. In summer there are even hosted "Social Evenings of wine and jazz", which attracts many visitors every year. This together with the "Festival of the harvest" gave the town a great offerings of activities related with the wine. You cannot miss this unique opportunity!

The museum, installed in a former cave-wine house from the 19th century, is located in the square Alonso de Arreo, one of the most famous countrymen, who participated with twenty armed men in the Revolt of the Communeros. This event has been immortalized by Alberto Pirrongelly with a great mural.

Finally, do not forget that recently we have inaugurated the Centre of Interpretation of Navalcarnero in order to enrich the touristic experience. It is located in a farm house that has been refurbished and that preserves perfectly the traditional structure. It has well defined areas like the house, the wine house, the courtyard, the stable or the cave.

It is time to have lunch

As a great Castilian villa, Navalcarnero boasts about its roasts, the star dish of the menu in almost all the restaurants of the population. But not everything is lamb; Navalcarnero is a land of feather hunting. Rabbit, hare and partridge are tasty alternatives to take into account.

The wine of Navalcarnero has a national and international recognition, since we have a huge range of wines with the Denomination of Origin of Madrid: white wines made with malvar grape, rosé wines and red wines made with Garnacha grape.

The wine houses of Navalcarnero currently elaborate a complete range of wines that goes from the young ones, fresh and fruity, until the author wines, through the Crianzas, Reservas and Great Reservas with different complexity degrees. There are two wine houses that participate in the program Routes of Wine of Madrid.

In Navalcarnero you will be in the Paradise of the Castilian wine. Delight your palate and le and let your mind enjoy.