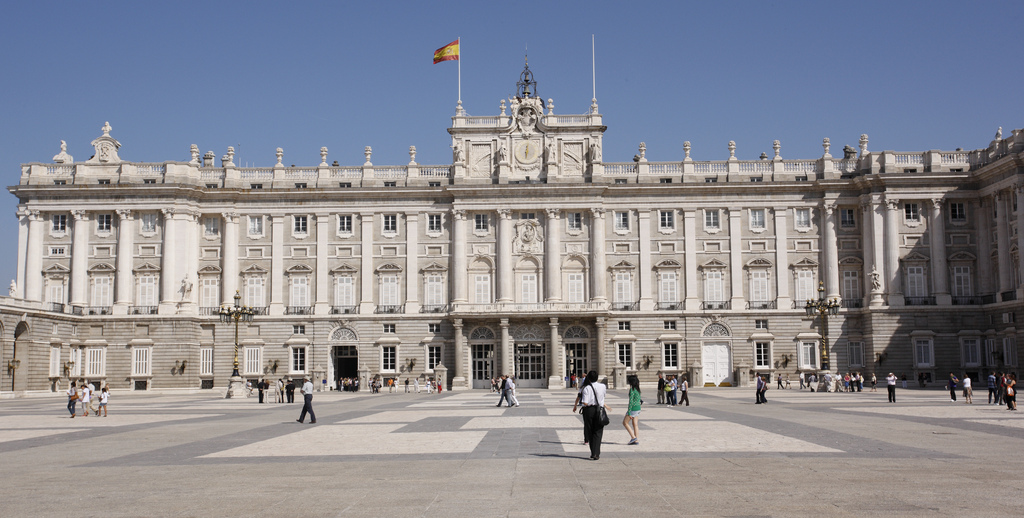 It was once the official residence of the monarchs and today it continues to host official events, such as diplomatic and protocol meetings. Walk through its halls like a king on a guided tour!

The origins of the palace date back to the 9th century, when the Muslim kingdom of Toledo, concerned about its defence against Christian attacks, built a fortress that would later be used by the kings of Castile. In the 16th century, the Alcazar was built on the same foundations.

A fire on Christmas Eve 1734 reduced it to ashes. It was not long before Philip V ordered the construction of a new palace on the same site. The building, which was completed between 1738 and 1755, was designed in stone and brick, discarding the use of wood and flammable materials. Charles III was the first monarch to establish his residence, in 1764.

Inside you can see fresco paintings, and a tour of the different rooms allows you to discover the legacy of artists such as Giaquinto, Tiépolo, Mengs, Bayeu and Maella.