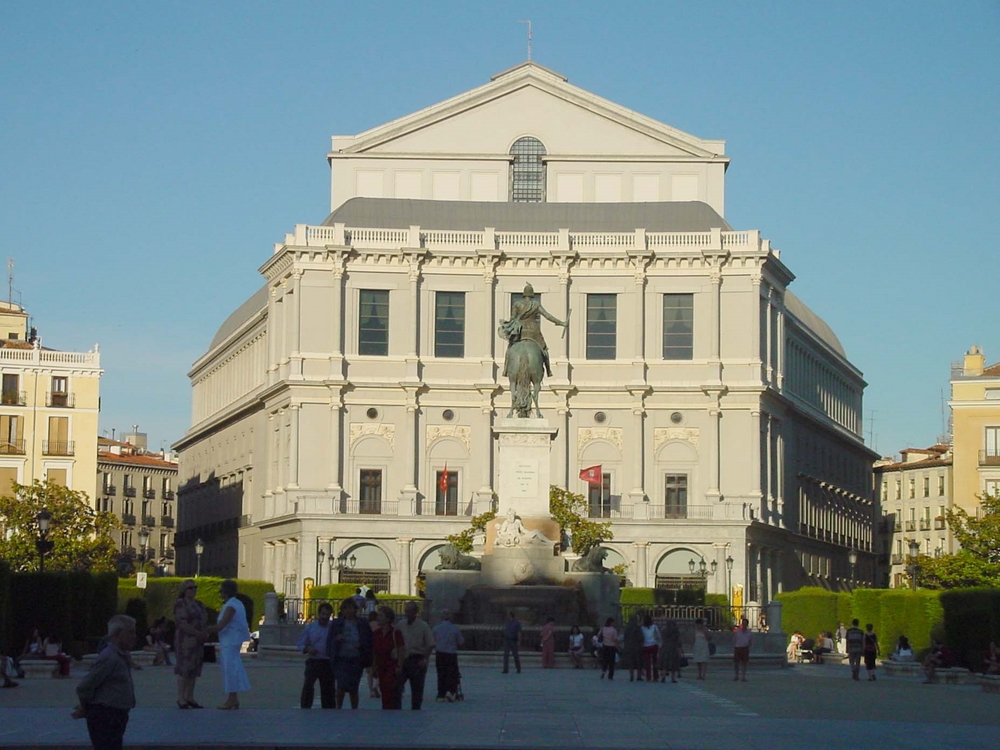 It is so called because it faces the eastern façade of the Palace. Here you will find the Royal Theatre and magnificent gardens flanked by statues of the kings of Spain and presided over by the equestrian statue of Philip IV. Come and take a stroll!

Halfway between the Royal Theatre and the Royal Palace is one of the most beautiful squares in the capital. It was commissioned by Napoleon's brother, Joseph Bonaparte, known by his nicknames "Pepe Botella" and "King Plazuelas" for his penchant for demolishing old buildings to build Parisian-style squares. This move, although unpopular at the time, made Madrid a more open city with a series of squares that we enjoy today.

Its statues
In the centre of the square, look closely at the equestrian statue of Philip IV. You will see that the horse is standing on its two hind legs, an unnatural posture that a horse can only hold for a few seconds. How does this statue manage to remain standing for ever? The tail is massive, while the body is hollow. But perhaps the most curious thing is that the Italian sculptor Pietro Tacca used Galileo Galilei's calculations to make it and that Philip IV never travelled to Italy, nor did he ever set foot in the sculptor's studio. So how did he manage to sculpt his face? Thanks to a portrait of the king by Velázquez that was sent to him from Spain.

Another of the square's curiosities is that the statues of the kings of Spain: the Goths, the Hapsburgs and the Bourbons, adorn the square around the gardens.  Apparently, their original destination was the balustrade that crowns the Royal Palace, where only one was placed (have you seen it? Look for it!) because if all of them had been placed, the façade would have collapsed. Although it is also said that it was by order of Queen Isabel de Farnesio, wife of Felipe V, who had a nightmare in which she dreamt that the statues were falling on her.

Its gardens
Among the great attractions of the square are its gardens, also an initiative of Joseph Bonaparte, who wanted them to serve to highlight the Palace and the Royal Theatre, although they have undergone numerous reforms, the last and most complete one directed in 1997 by the architect Miguel de Oriol, who gave them the appearance we enjoy today.

Another of the square's attractions are the terraces of its cafés or watching the sunset from its gardens.