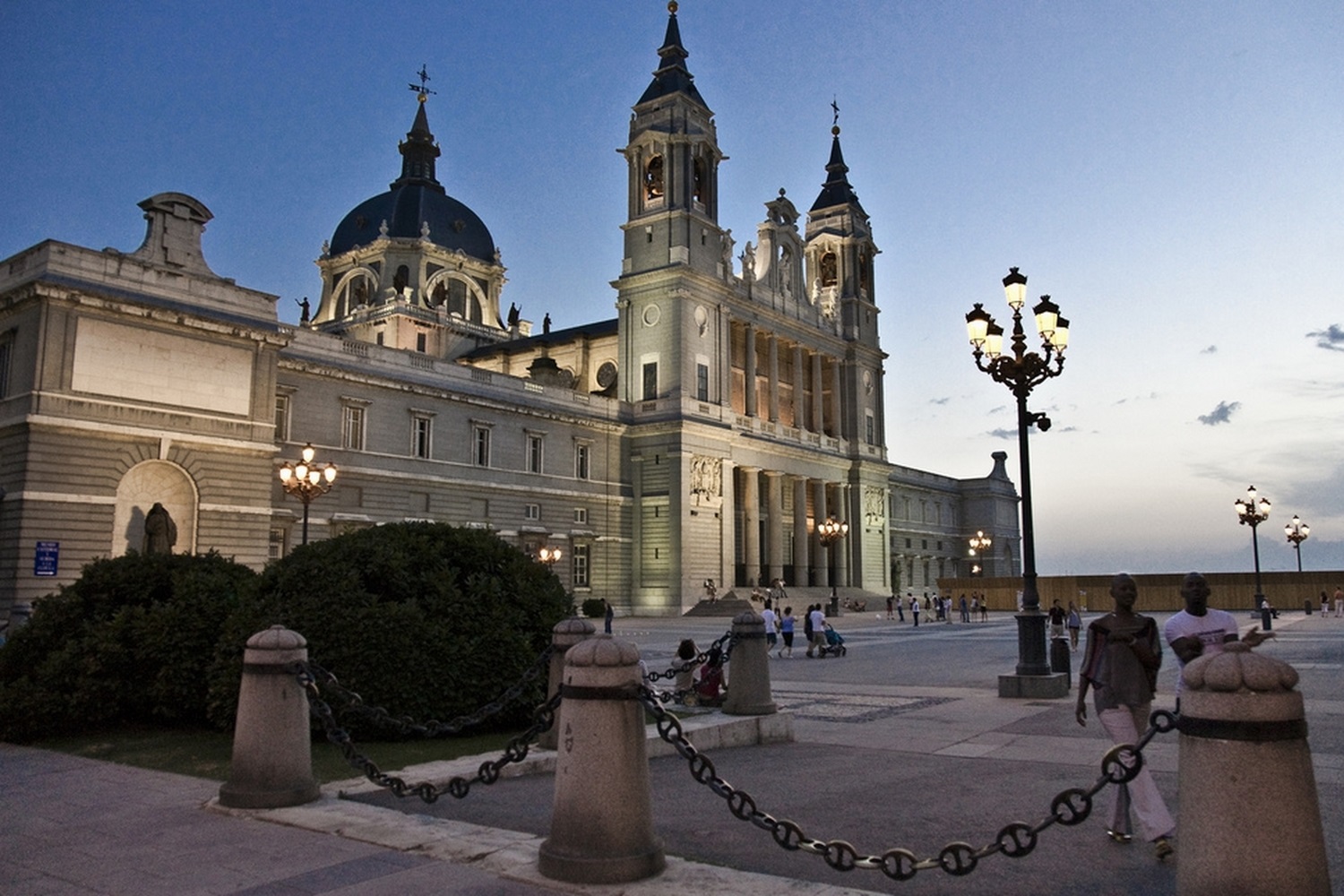 Built in 1993 by John Paul II in honour of the city's patron saint, the Virgen de la Almudena, it has been said to be the oldest new cathedral in the world. The differences in the colour of the stone reflect the stages of construction.

The Cathedral of Madrid, in honour of the patron saint of Madrid, takes up the Gothic style and adapts it to the Romanesque aesthetics of the period in which its construction began.

Controversy has always accompanied the Almudena Cathedral, mainly due to the mixture of styles it presents, neoclassical on the outside, neo-Gothic on the inside and neo-Romanesque in the crypt, as a result of the various modifications in its projects.

The final result, after the building was directed by six different architects and intermittently for more than a hundred years, has little to do with the original project of the Marquis of Cubas.

Its cloister was completed in 1955, and the façade five years later, although it was not finally inaugurated until 1993 by Pope John Paul II.

Unlike other cathedrals, with an east-west orientation, the Almudena cathedral has a north-south orientation, the result of its conception as an integral part of the Royal Palace of Madrid. It is built in stone from Novelda (Alicante) and granite from the quarries of Colmenar Viejo (Madrid).

The founder of the Neocatechumenal Movement, Kiko Argüello, was commissioned to paint a "mystic crown" in the apse of the Cathedral, the most important moments in the life of Christ.

Above the paintings, seven stained glass windows dedicated to the voice of God were installed, with the noun "word" translated into different languages: Latin, Greek, Hebrew, Syriac, Cyrillic and Spanish.

The frescoes maintain a Byzantine influence, while the stained glass windows are purely abstract in style.