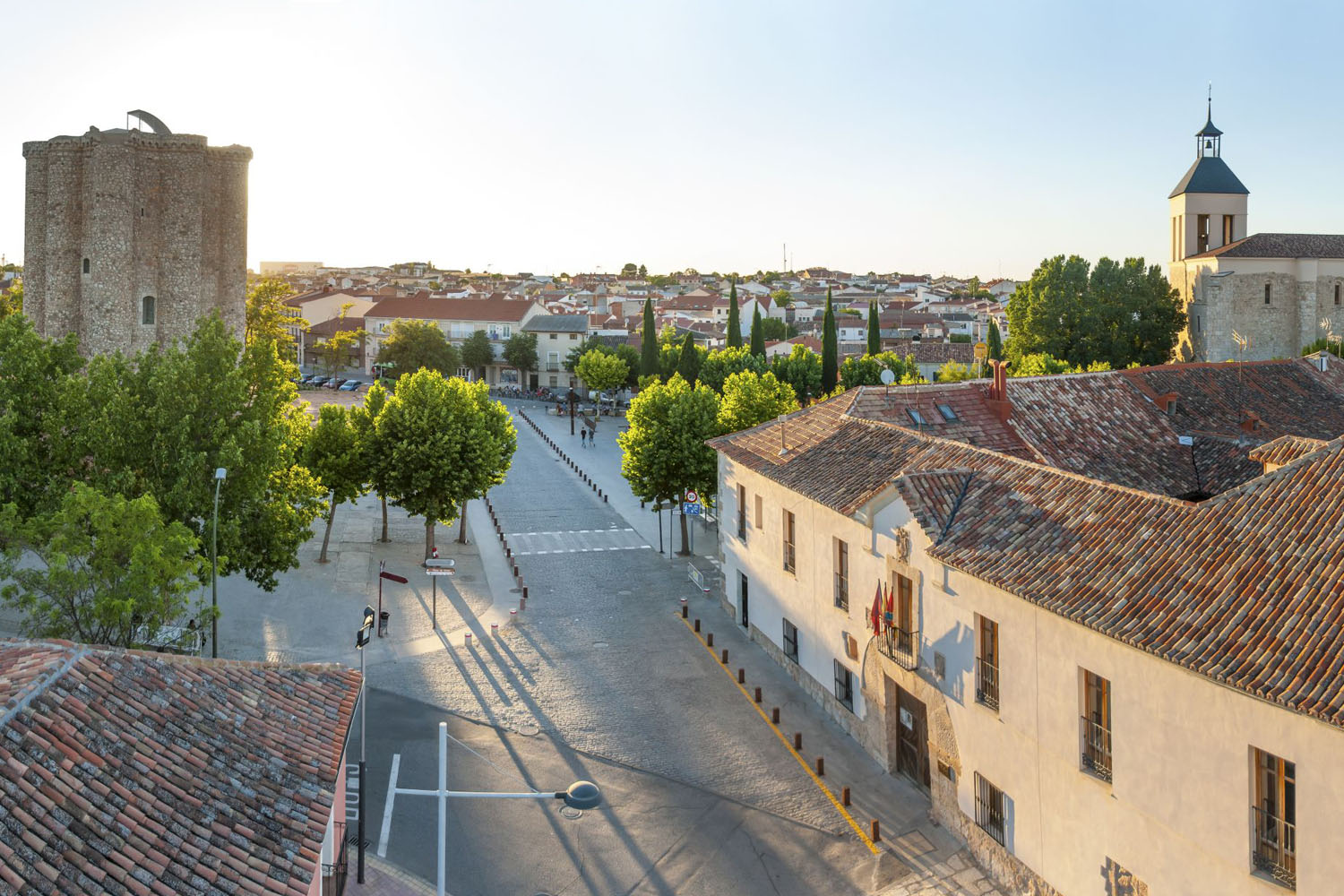 It is the nerve center of the Comarca de las Vegas due to its privileged location. It is distinguished by its castle, a fortress of the Order of Santiago that is part of the Network of Castles of the region of Madrid.

The artistic heritage of Villarejo de Salvanés is formed by different examples, of which the most outstanding are: The Castle, whose first enclosure was built at the end of the 13th century and to which later buildings were added. The complex had a marked defensive character and among its main elements were the fortress, the palace, the moat and the tower. Precisely, this one together with some remains of the wall are the only parts that are preserved today.

The Parish Church of San Andrés Apóstol is from the 14th century, although it was built on top of a building from the previous century. Its exterior appearance is reminiscent of the fortress-churches. Another religious building of the municipality is the Convent of Nuestra Señora de la Victoria de Lepanto, built in gratitude for the results achieved in that battle, is from the 16th century.

The Casa de Tercia -from the 16th century- is a reflection of the presence of the Encomienda Mayor de Castilla in Villarejo de Salvanés. Over time it has undergone transformations and is currently used in the service sector.

Among the recent additions is the Cinema Museum, installed in the old Paris Cinema, which is the first museum of professional and technological cinema, not only in the region of Madrid, but also in all of Spain.