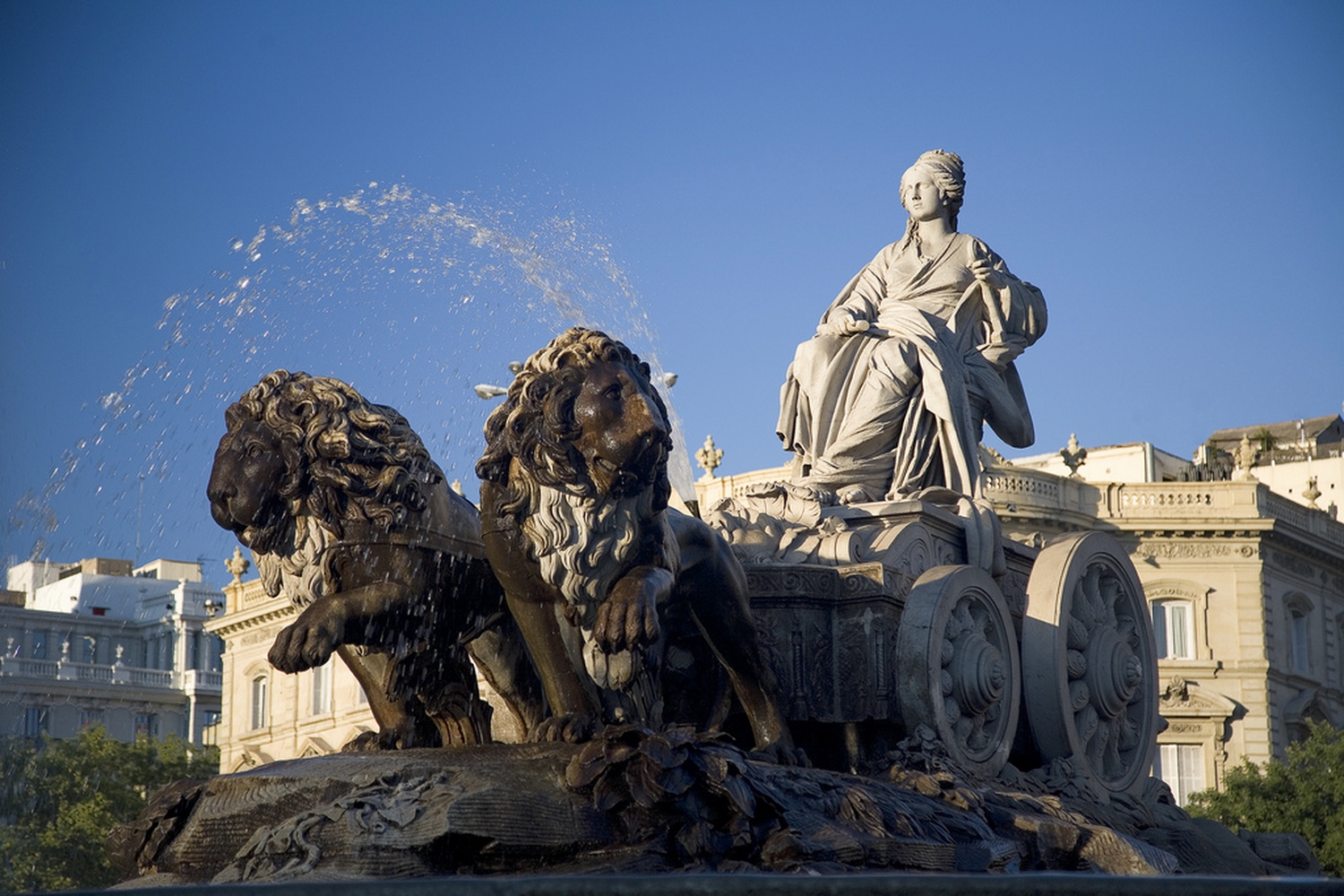 It is one of the most emblematic monuments in Madrid. It represents the Greek goddess of the earth, agriculture and fertility in her chariot pulled by lions. In her left hand she holds the key to the city.

This monument has been located in the square that gives it its name since 1782, between Paseo de Recoletos and Paseo del Prado. The fountain was commissioned by King Carlos III from the architect Ventura Rodríguez. Made of marble, the monument represents the goddess Cybele (Ceres for the Romans), symbol of the Earth, agriculture and fertility on a chariot pulled by lions.

La Cibeles also has a more recreational aspect in the sporting sphere, as Real Madrid fans have made it a centre for celebrating the victories of the white team.