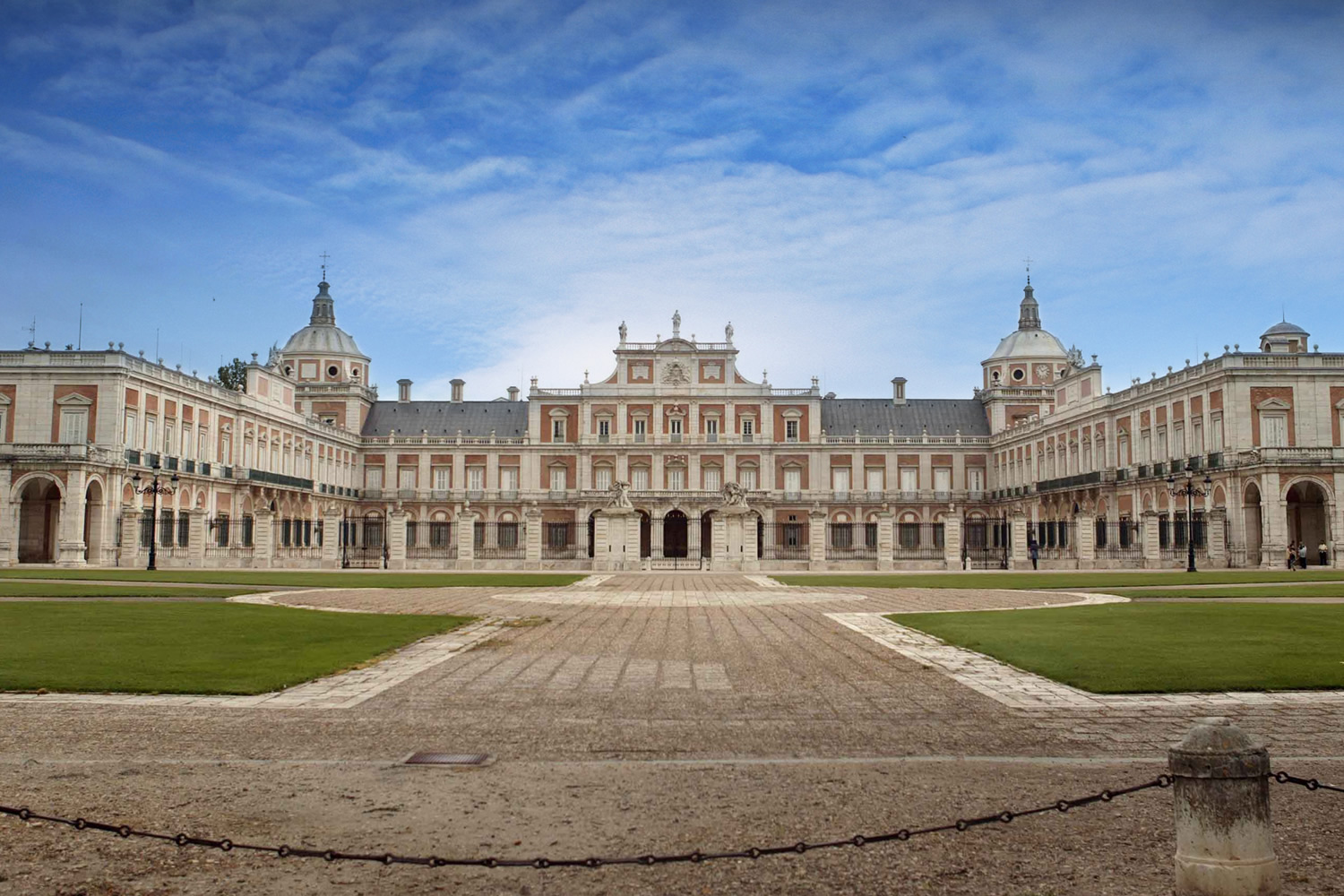 Aranjuez, one of the Royal Sites of the Crown of Spain. The famous gardens of the palace, together with the natural environment surrounding the municipality, have been inscribed in 2001 in the UNESCO list of World Heritage Cultural Landscape.

We recommend that you start by taking a tour with the official guides of Patrimonio Nacional in order to learn facts and curiosities surrounding the history of Aranjuez. You can also use the geolocated itineraries that we have arranged.

If you want to do something different, make the most of the varied offer of active tourism and nature, in which there is no lack of hiking or canoeing in the waters of the Tagus. If you are looking for a more relaxed plan, try a boat ride on the Tagus or a tour of the gardens in a small train, recommended for any age, although it will certainly delight the youngest visitors.

A history linked to the Crown

At the end of the 15th century, Aranjuez was designated a Royal Site by the Catholic Monarchs. Although it was the kings of the House of Austria who began the construction of palaces and gardens. During the reign of Felipe II, royal apartments were built but were destroyed by fire in 1665.

The House of Bourbon also showed predilection for the place in order to show their gratitude to the people of Aranjuez for their support during the War of Succession.

Aranjuez reached its moment of greatest splendor as a vacation center for the itinerant Court during the reigns of Carlos III and Carlos IV.

In 1808, the Mutiny of Aranjuez took place. The followers of Fernando VII assaulted the House of Godoy. Two days later, Godoy is found and taken to the Cuartel de Guardia.

This event is currently commemorated with a theatrical representation of the events carried out by the inhabitants of Aranjuez, which has been declared a Festival of National Tourist Interest.