Considered the most beautiful of their time, they have served as inspiration to artists such as the composer Joaquín Rodrigo or the painter Santiago Rusiñol.

There are several historic gardens surrounding the Royal Palace of Aranjuez, each one representative of a type of style according to the time and taste of the monarch who ordered its creation.

It is a unique piece among Spanish gardens. A whim of Carlos IV when he was still Prince of Asturias, it was created following the landscape model that dominated the rest of Europe. It is the largest in Aranjuez and houses the Museum of Falúas and the Real Casa del Labrador.

Inside you can see fountains sculpted in Carrara marble, such as those of Narcissus, Apollo, Neptune riding his chariot pulled by sea horses or the Swan. 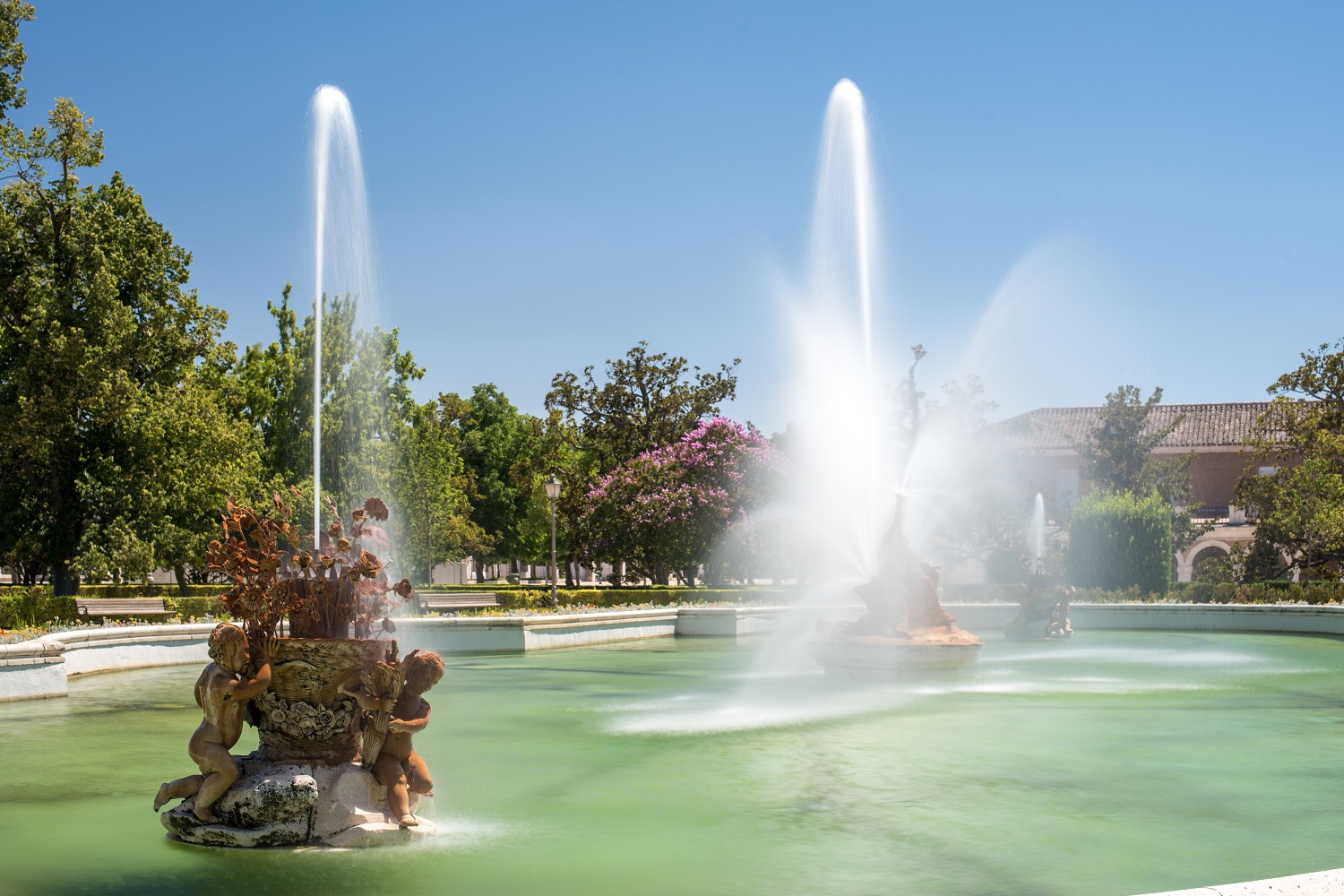 It takes its name from its location, as it is located on an island formed by the Tagus River. It is a unique example of a Spanish Renaissance garden and was ordered by Felipe II. The island is a large green area that houses many trees, wide avenues and several stone and marble fountains depicting figures and mythological scenes. It stands out for the decorative fountains that are in their walks. It also highlights the Cascada de las Castañuelas, so called because of the noise produced by the water as it passes through holes and protuberances.

Located on the east facade of the Royal Palace, its design responds to the type of low English garden and the location of its fountains dates from the time of Fernando VII.

The main entrance is flanked by two stone sentry boxes in the Louis XIV style. In the interior of the garden three fountains stand out. To its left is the small Garden of the Statues, so called because it is surrounded by fourteen busts of Roman emperors and characters of classical times.

Although it is not open to visitors, it can be seen in its entirety from the Parterre Garden. It was originally conceived with the idea of an enclosed garden that would only be visible from the rooms of the palace.

Also known as the Garden of the Little Princess, it was designed to fill in a small unused plot of land in such a way that it would be visible from the palace. Years later, a bronze statue was placed to commemorate Isabel II's accession to the throne.