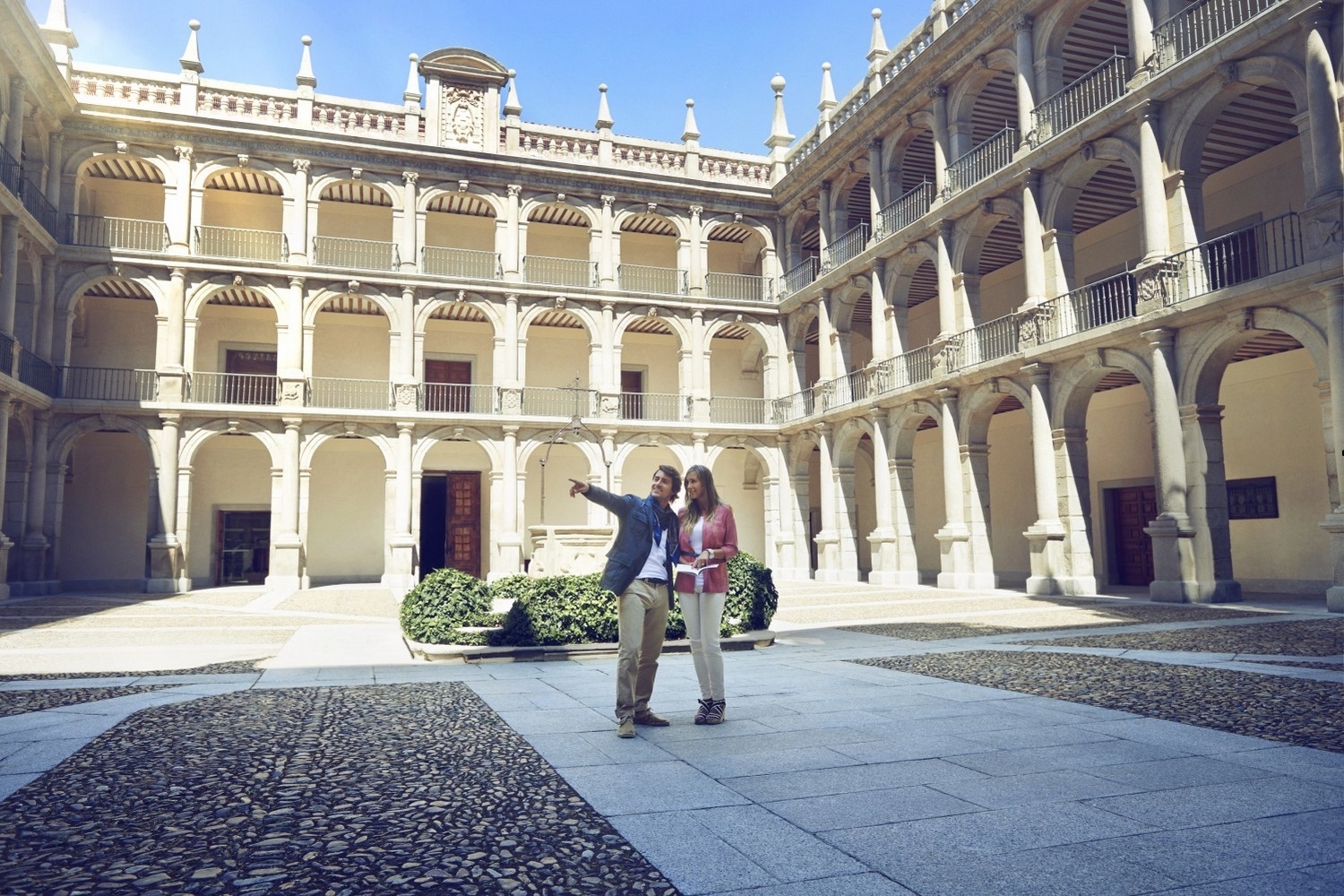 Declared World Heritage Site by UNESCO in 1998, just 30 kilometers from the capital, the birthplace of Cervantes is an ideal place to stroll through its streets and squares, visit its museums and monuments, eat in one of its good restaurants, have a coffee or a drink at sunset on one of its terraces and take home a souvenir of a typical sweet, among which are the sugared almonds and the costrada, a cake of meringue, cream and puff pastry.

In Alcalá, we can take a journey through history. We can start at the Regional Archaeological Museum, which offers guided tours, or go back to Roman times, with the Hippolytus House or the ruins of Complutum. From the medieval period, on the plaques of the names of the streets surrounding the Plaza Cervantes are the delimitations of the spaces occupied by the three cultures that coexisted in it.

From the Renaissance, the University of Alcalá with its trilingual courtyard and the Corral de Comedias, which offers guided tours as well as a wide range of theatrical performances, stand out. From this period is the recreation of a house of the time that can be seen in the Museo Casa Natal de Cervantes, a typical Toledan house. Its interior houses a library and the Cervantes Museum, which contains a multitude of period objects. The house is escorted by the figures of Don Quixote and Sancho Panza sitting on a bench - take a picture with them!

If you go by train, as you head downtown along the Paseo de la Estación, you will undoubtedly be struck by its neo-Mudejar style and its minaret with clock the Laredo Palace, a 19th century cultural property that houses the Cisneriano Museum, which is open to the public and offers guided tours.

In the religious field, there are impressive buildings such as the magistral Cathedral and Las Bernardas, the most important cloistered convent of Alcalá, open to the public only in the morning and afternoon hours so as not to interfere with the life of the nuns.