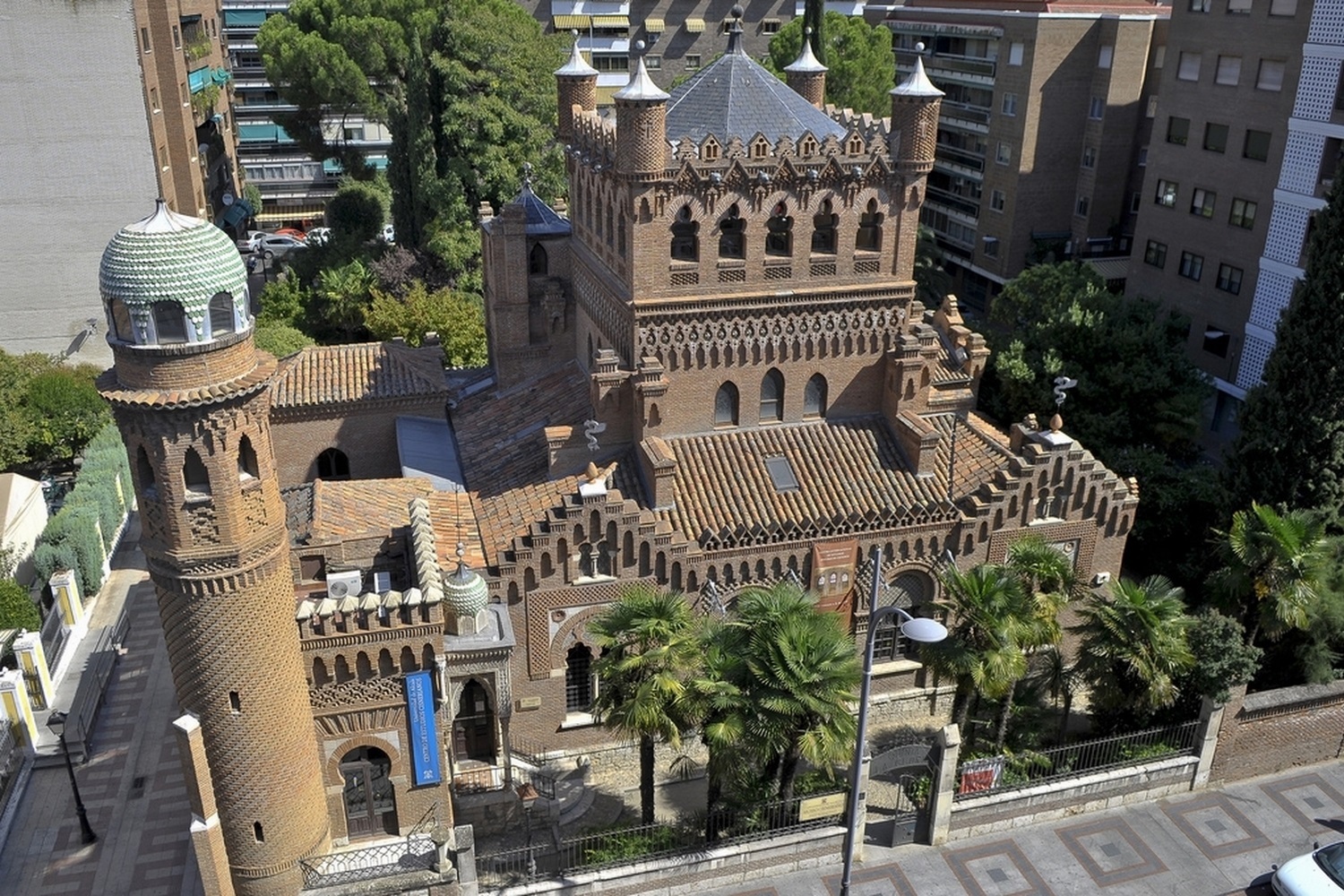 Built at the end of the 19th century in neo-Gothic and Mudejar style by the multifaceted artist Manuel José Laredo y Ordoño, after whom it is named. In its magical interior you will find false doors, mirrors and beautiful rooms. It is currently open to the public as the Cisneriano Museum.

If you arrive at Alcalá de Henares by Renfe Cercanías and head towards the center of the city along Estación street, you will see on the right a curious building reminiscent of another one called El Capricho, designed by Gaudí in 1883 and located in the Cantabrian town of Comillas. It is the Palacio de Laredo, which currently houses the Cisneriano Museum and a documentation center, dependent on the University of Alcalá.

It was built between 1880 and 1884 for his private residence by the painter, restorer, architect and decorator who gave it its name and who, for more information, was also mayor of Alcalá. The palace of Laredo is the best example of the historicist architecture of the 19th century.

Numerous archaeological and architectural remains from other buildings were incorporated into the palace, including the coffered ceilings and the ribbed vault of the castle-prison of Santorcaz. For their part, the paintings of the hall of the kings are the work of Laredo himself. It also preserves one of the few interior gardens of the city.

In 1975 it was declared an Asset of Cultural Interest in the category of Monument, adding to the many other assets treasured by the city of Alcalá de Henares.