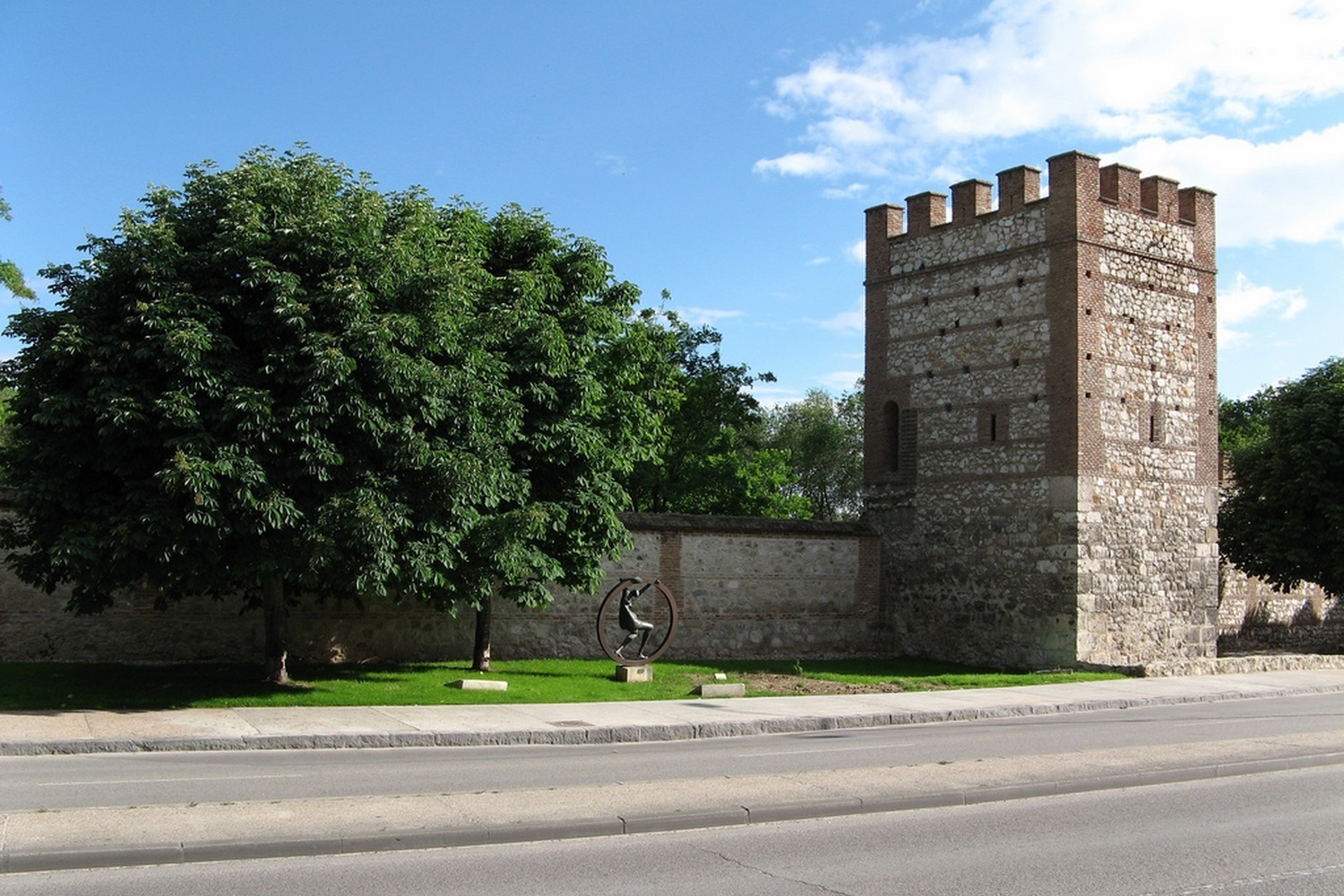 Alcalá de Henares was defended by a wall originally built in the 13th century, modified and enlarged in the 15th century and later. It had 22 towers and several gates, of which today only the Puerta de Madrid and the Arco de San Bernardo remain.

We can really speak of two walled enclosures, of which 700 meters remain today. Of the 22 rectangular towers, one semicircular and one pentagonal, only the Puerta de Madrid and the Arco de San Bernardo remain. In each walled enclosure, called lienzo, there are a series of entrance gates to the city, and of all of them, the only one that retains its original structure is the aforementioned Madrid Gate, which was completely rebuilt in the late eighteenth century by order of Cardinal Lorenzana.

It is very interesting to analyze the wall, since we can find Mudejar walls from the 13th century, in the northern area, near the so-called Puerta de Burgos.

The construction of the wall goes together with the development of the Archbishop's Palace and its defense, and all this derived from the donation that the Emperor Alfonso VII makes of the city to the religious from Toledo, being these the ones that contribute to the flourishing of the municipality.

The Palace emerges as a Mudejar fortress by the hand of the Archbishop of Toledo, Rodrigo Ximenez de Rada, in the early thirteenth century, and has hosted important events, such as the celebration of the Cortes of the Kingdom and Councils, the death of King John I of Castile, or the birth of Catherine of Aragon and the place where Isabella the Catholic received Columbus on January 20, 1486.