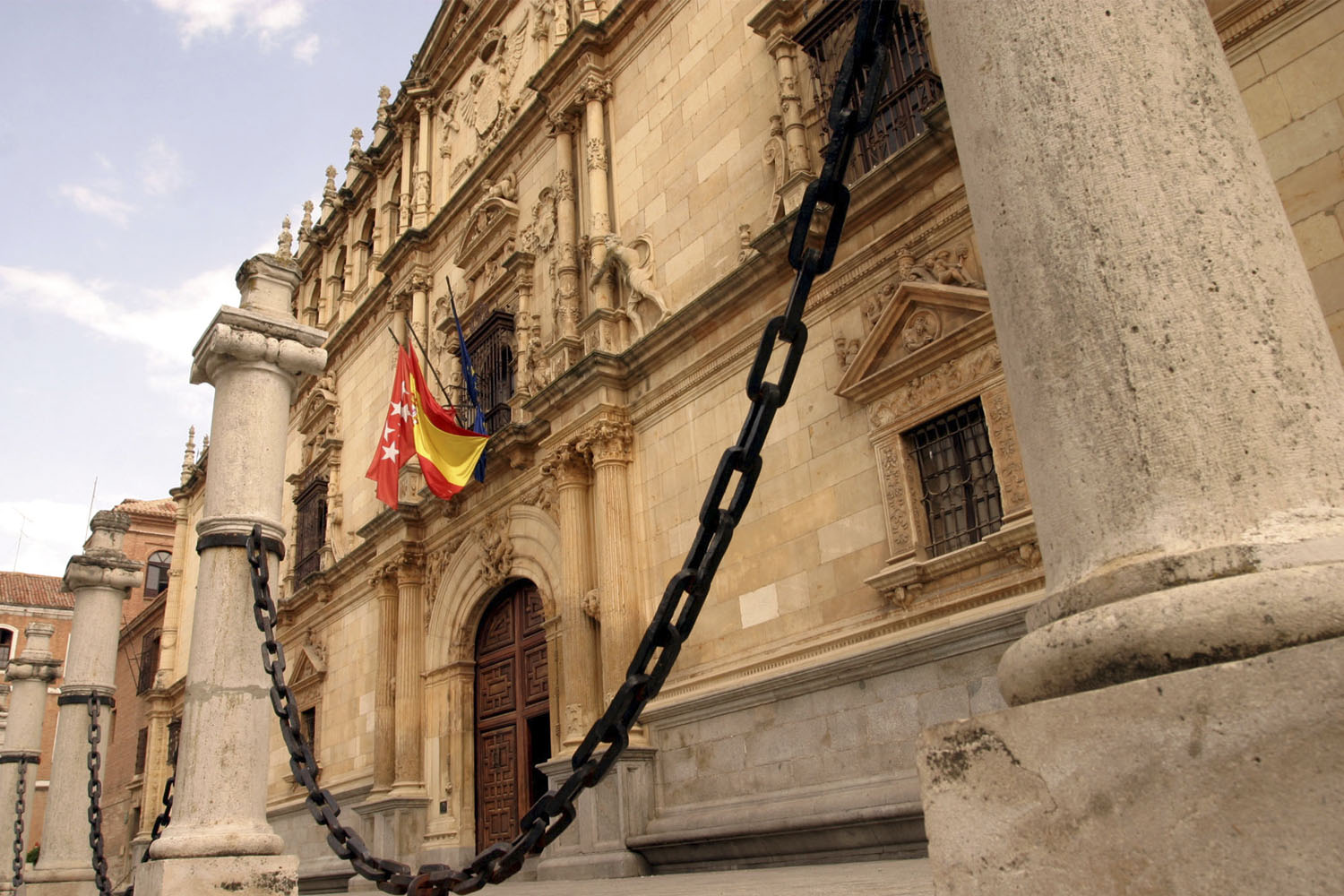 Founded in 1499 by Cardinal Cisneros, the University of Alcalá was composed of a major college, that of San Ildefonso, upon which depended a group of minor colleges.

Alcalá experienced its period of greatest splendor from late 15th century, when Cardinal Cisneros created the Complutense University, the origin of the current Complutense University of Madrid (UCM), to where it was transferred by Isabel II in 1836. Quevedo, Lope de Vega or Calderón de la Barca are just some of the writers of the Spanish Golden Age who were hosted by this University.

In 1977, the University resumed its academic activities as the University of Alcalá.  Because of its urban layout and academic concept, it can be considered the first "college campus" in the world. It represented a revolution in relation to the prevailing university system and served as a model for some of the later universities.

Its main building is the Colegio Mayor de San Ildefonso, in addition to the Paraninfo or Aula Magna, which hosts every year on April 23 the ceremony of the Cervantes Prize for Literature, awarded by the King and Queen of Spain.

Its admirable façade is by Rodrigo Gil de Hontañón, in Plateresque style, and is one of the jewels of the Spanish Renaissance. The oldest building of the University is the chapel of San Ildefonso, built in 1510, that keeps the tomb of Cisneros, carved in Carrara marble by Doménico Fancelli and Bartolomé Ordóñez.

Take a few moments to contemplate the details of the facade, richly decorated with sculptures and reliefs. If you can, do it at sunset, because that is when the stone shines and the collection of figures and reliefs stand out and are better appreciated.

In order not to miss any details, we recommend you to take one of the guided tours offered by the University of Alcalá de Henares, click here for more information.