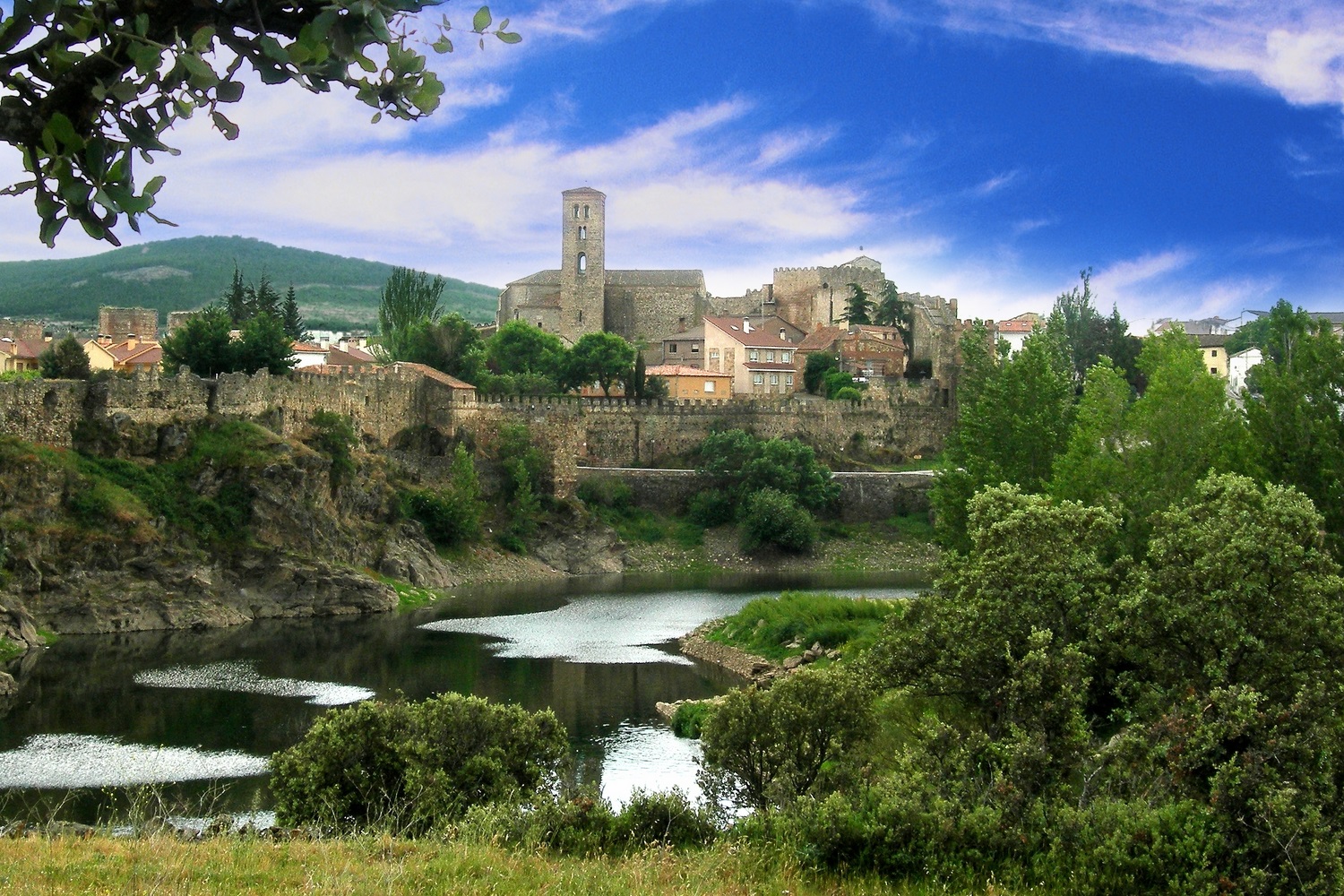 Join us on a visit around Buitrago beginning at the Plaza de la Constitución square, popularly known as the Acorn Square. Then walk towards the Arrabal Bridge or Old Bridge (14th-15th century) for a beautiful panoramic view of the western side of the walled grounds.

Then, continue on your way to the Piloncillo Arc and through the streets to the Medieval Garden, from which you may access the flat top of the wall. Once again the views are surprising: from here, you can contemplate los Canchos, an area situated on the other side of the Lozoya River which accompanies us along its course, protecting the villa, to the Castle square.

The Castle of Buitrago del Lozoya, the residence of the Marquis of Santillana and his family, now rises in front of us (some of the most distinguished castle guests were Juana la Beltraneja and different kings like John II and Philip III). From here you can see la Coracha, the extension of the wall that juts into the river to fortify the villa at a particularly vulnerable part.

We shall continue our route towards the church of Santa María del Castillo known as the "church of three cultures". The Festival of Music of the Former Marquis of Santillana is organised during the second half of July at the church and in the castle's parade square.

It's possible to visit the Clock Tower and the southern end of the grounds, which is the highest point. A section of the old 11th century wall is kept there. You can also have a look at a siege arms exhibit. In Picasso square you can enjoy the Town Hall, the inside of which houses the Processional Cross and the Picasso Museum featuring the collection that belonged to Eugenio Arias, the great artist's barber and friend.